“Pitched somewhere between a Nordic noir and a classic episode of Cracker, this dark, intriguing series has already wormed its way under my skin” 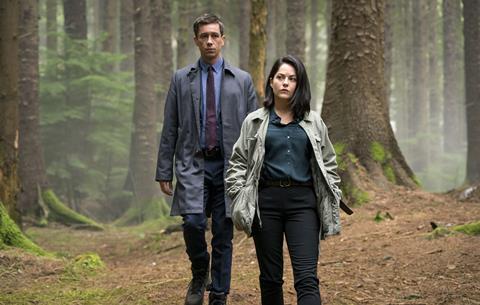 “This was typical Sarah Phelps: knotty, earthy and unsettlingly atmospheric, scripted with urgency and verve. Pitched somewhere between a Nordic noir and a classic episode of Cracker, this dark, intriguing series has already wormed its way under my skin.”
Michael Hogan, The Telegraph

“With excellent source material, screenwriter Sarah Phelps has cast such tangible, terrifying dread over the verdant, misty outskirts of the capital, she elevates the TV ‘whodunnit’ to atmospheric, creepy, crime drama only tempered one degree from a horror film.”
Sarah Carson, The i

“It is a tasty slice of cut-and-come-again cake, even if the relationship between Cassie and Rob – upon which the credibility of the story turns (or will, if faithful to the books) – is not yet sufficiently close or well-drawn. But it is a fine one to curl up with and enjoy as the nights draw in.”
Lucy Mangan, The Guardian

“Phelps has a literary turn of phrase, to which Killian Scott as detective Rob Reilly Reilly gives full rein in his philosophical musings about death. It’s strange, then, that the series has been saddled with such a mundane title. Where’s the poetry, where’s the mystery? It’s as though Silence Of The Lambs was released as The Very Hungry Cannibal.”
Christopher Stevens, Daily Mail

“I can’t pretend I’m much in the market for another TV drama about murdered/missing children. Maybe it’s an age thing, but life’s bleak enough. This is a quality job, I’m just not sure it’s my bag.”
Carol Midgely, The Times

“The Lesbian Guide to Straight Sex is a much more sensitive programme than its saucy title might suggest. The subject matter is, unavoidably, a bit explicit. But its delivery is generous, playful, patient, and prizes female pleasure and the value of communication.”
Sarah Carson, The i