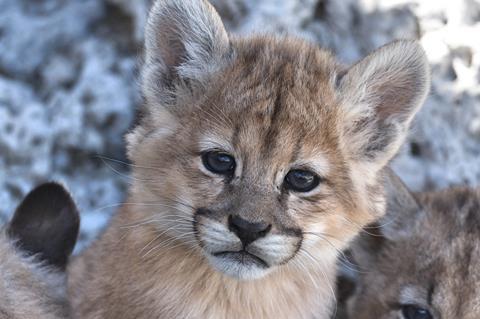 “As ever, the final customary “on location” segment proved fascinating as we saw crew tracking the pumas on foot with extraordinary skill, resilience and intuition. Yet in Dynasties, facts play second fiddle to the narrative. The script, score and editing were painstakingly designed to maximise tugging of heartstrings but nature did most of the hard work.”
Rachel Sigee, The i

“Have we run out of superlatives now for Sir David Attenborough’s documentaries? Probably. So I’ll just say that Dynasties II was superb, the puma cubs so effortlessly adorable they make Disney’s best efforts look lame.”
Carol Midgley, The Times

“The crew were able to shoot a succession of remarkable sequences for the first of the four-part Dynasties II (BBC1) — including some of the best footage ever captured of pumas hunting guanaco, a kind of wild llama.”
Christopher Stevens, Daily Mail

“The storytelling was slick and accomplished, and seldom felt forced, the anthropomorphism given a respectable gloss by the avoidance of cliché in Attenborough’s wise voice-over – although Rupestre’s wistful glance back at her family as she left them to fend for themselves did feel concocted in the edit. Even so, Dynasties had drama surpassing its near namesake: Joan Collins and Linda Evans never had catfights like these.”
Gabriel Tate, Telegraph

“As a television project, it is heartening. The monologues are written and directed by people with direct personal experience of poverty. (For example, the novelist Kerry Hudson, the author of Lowborn, a clear-eyed memoir of her deprived childhood, is the writer of Hannah’s tale of homelessness.) The series’ rubric was to cast and commission as many new faces as possible, creating those all-important first footholds and credits.”
Lucy Mangan, The Guardian

“Monologues are a risky beast providing nowhere to hide. Get a great writer and a talented actor who doesn’t gobble up the lines and you have a fabulous, distilled form of drama. Look at Talking Heads. Get a weaker, flabbier writer and an actor who fails to mesmerise and it’s so damn boring every minute feels like an hour. The four 15-minute monologues offered up last night in Skint were never boring and certainly not flabby. All were fine examples of lean, economical writing and gradual reveal, although of the four I found the two female monologues about poverty the strongest (maybe that’s because I’m female). All were intense, depressing but highly effective monologues.”
Carol Midgley, The Times

“There was plenty of Special Forces inspiration on show, though. ‘Impossible is nothing,’ growled Titch. ‘No such word as ‘Can’t’,’ agreed Toby. They would hate to admit it, but this was lump-in-the-throat stuff.”
Christopher Stevens, Daily Mail

“Bridgerton season two is almost identical to the first, even down to the violin quartet covers of pop songs (Madonna’s “Material Girls”, Alanis Morisette’s “You Oughta Know”). Yet it doesn’t feel tired or old hat, managing to be cheery and luxurious at once.”
Emily Baker, The i