Ellie and Natasia; Whistleblowers: Inside the UN; Snowflake Mountain 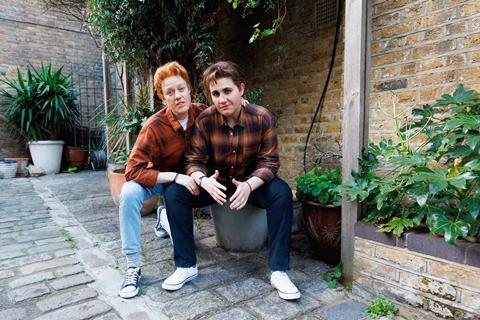 “If you like your comedy to be so cringey and squirmy you want to melt into the very fabric of your sofa only to emerge when several thousand years have passed, then Ellie & Natasia is the show for you. The Stath Lets Flats stars are very funny, in a Hogarth-and-Gillray-for-our-grotesque-times kind of way. Ellie White and Natasia Demetriou’s new BBC Three comedy series marks the revival of the sketch show – a genre that has to be reinvented by every generation – but also the arrival in earnest of a formidable new double act.”
Sean O’Grady, The Independent

“It’s not wall-to-wall laughs. There are a couple of weak, overly long skits (the endless bedsheet idea is just tedious), and one cake-based premise that feels stale. But these are minor gripes, because Ellie and Natasia achieves one of the most elusive goals in comedy: it rings true. To have characters say things you can absolutely imagine people like these saying, exaggerated by a small and very precise amount for comic effect, is a rare joy.”
Rachel Aroesti, The Guardian

“These two have funny bones and such a fabulous talent for accents. Yes, sketch shows are fickle beasts, and there are always some skits that are weaker than others. A sketch about coffee spotters goes on too long. But these shows are rapid-fire and teeming with material (there is a lot of work here) so if you don’t like one there’s another in 30 seconds.”
Carol Midgley, The Times

Whistleblowers: Inside the UN, BBC2

“The documentary combines disparate accounts from former senior UN staff, to accumulate a breadth and depth of evidence that becomes crushing. When Purna Sen, formerly the UN’s spokesperson on sexual harassment, claims that the United Nations badge is ‘a fantastic cloak for abuse’, it highlights what’s so particularly disturbing here: the nature of its work ought to make the UN a safer institution to work in or deal with than, say, a multinational corporation, but its supposed inherent goodness gives bad apples natural impunity.”
Jack Seale, The Guardian

“The notion that the world’s peacekeeper, a civilising force dedicated to promoting ‘dignity and equality’, turns a blind eye to corruption and character-assassinates and destroys people for merely pointing out where it is taking place, is shocking, depressing and, I suppose, a classic example of how power corrupts. The impression given by this excellent, meticulous documentary was that the UN, ironically, behaves like some of the tyrannical regimes it is supposed to stand up to.”
Carol Midgley, The Times

“The Whistleblowers: Inside the UN set out a catalogue of wrongdoing, negligence and cover-up at the United Nations. The accusations were relentless. Any other organisation would be in crisis after a programme of this kind, but not the United Nations.”
Roland White, Daily Mail

“Snowflake Mountain steals shamelessly from endurance contests we’ve seen countless times before, from I’m a Celebrity to SAS: Who Dares Wins. The uniformly youthful casting and pop styling also recall Noughties reality franchises such as Shipwrecked and The Simple Life. Over eight episodes, it hits all the familiar narrative beats: showmance, bromance, zero to hero, cliffhanger. There’s the odd plot twist but these feel like producers making it up as they go along to prop up our flagging interest.”
Michael Hogan, The Telegraph