“This period crime drama deserves to be viewed through a jeweller’s eyeglass, the better to enjoy the precision mechanism of its plots” 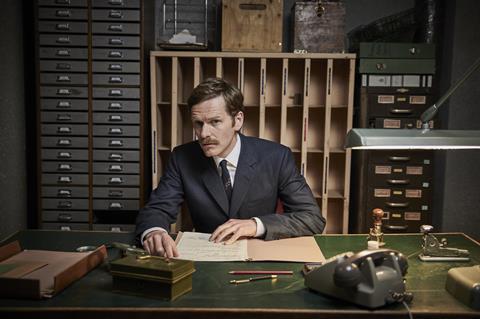 “Endeavour is cardigan-comfy and uplifting, even when it is wading through bleakness. This is down to the gentle but weighty presence of Shaun Evans as Morse and, most of all, to the brilliant Roger Allam as Fred Thursday. It’s nice to have light-touch darkness back on Sundays.”
Carol Midgley, The Times

“This period crime drama, not merely set but immersed in the Sixties, deserves to be viewed through a jeweller’s eyeglass, the better to enjoy the precision mechanism of its plots. Every whirring cog meshes perfectly with all the other spinning parts.”
Christopher Stevens, Daily Mail

“In general, writer Russell Lewis caught the spirit of Colin Dexter’s Morse books brilliantly. Johnny Kenton’s direction was lyrical and pacy by turns and the cast’s terrific performances made every interaction feel refreshingly believable.”
Jeff Robson, The i

“This episode felt undercooked. While nodding to Degas and Lewis Carroll, it barely bothered to think about the victims’ psychological scarring nor the kidnap’s slapdash implausibility.”
Jasper Rees, The Telegraph

“For those of us for whom Bowie remains the last word in cool, pick ’n’ mix musical genius, avant garde gender-bending and transgressive self-reinvention, there were some pretty tough moments. For all that, Bowie’s early years revealed him as a heroic outlier, a proto Gok Wan persuading a series of unreconstructed white English blokes in the band to free their minds and wear makeup.”
Stuart Jeffries, The Guardian

“Any reality-show wannabe who expects instant fame and fortune after spending ten minutes on Towie should be forced to watch Francis Whately’s exceptional David Bowie: Finding Fame. Whately’s access to quality interviewees and exquisite rare footage revealed an adorably shy, modest megastar. That a film highlighting his failures did not in any way undermine his icon status, and in some ways enhanced it, shows how safe is Bowie’s crown.”
Carol Midgley, The Times

“The earthy memories of the blokey musos Bowie ran with in those years were fun. But women held the deeper secrets. What a coup to wrench memories from Hermione Farthingale, the shy dancer who so broke Bowie’s heart that he was still sending coded messages to her when he emerged from a decade of silence in 2013. This was a richly riveting account of how he achieved lift-off in the end.”
Jasper Rees, The Telegraph

“This was the third feature-length documentary on Bowie from director Francis Whately, after trenchant accounts of his zenith and his decline. Unfortunately, it couldn’t face the plain fact that, until Major Tom went floating in his tin can, I believe that just about all Bowie’s output was dross.”
Christopher Stevens, Daily Mail