Euphoria; I Am Hannah 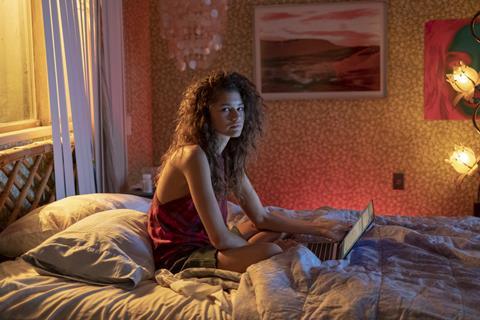 “Few new series have achieved such notoriety with quite the same speed as Euphoria, a US drama that is so explicit in its weary portrait of drug use and sex that it makes Skins look positively Victorian. It will certainly not appeal to all tastes, but it is far less brash than it has been made out to be. There are deep sophistications hidden within its more straightforwardly angsty digressions.”
Rebecca Nicholson, The Guardian

“Euphoria is clearly aimed squarely at causing maximum parental consternation all round. I suspect it will also be as addictive as Xanax for its young audience — a grim cavalcade of modern issues filmed with a sleek, stylish HBO elan. The show is often beautiful to look at, but its unrelenting provocation shows its true hand, while the numb, affectless tone is as dated as Less Than Zero.”
James Jackson, The Times

“There’s a lot to like here. There is strong acting and a pop-video, heroin-chic sheen to the show’s visuals that are as pretty as they are appealingly deviant. But Euphoria also feels somewhat suffocating as a series, by refusing to be anything but nihilistic. There’s little joy here, but rather a constant barrage of anxiety, self-loathing and hopelessness – true to life, perhaps, but depleting in hour-long form.”
Adam White, The Telegraph

“Anyone expecting lightweight escapism should steer clear. Euphoria pulls no punches in its depiction of drug abuse, and its brutal sex sequences have already startled American audiences. Let’s hope Euphoria is supposed to be a cautionary tale rather than a design for living. Either way, it’s going to become a TV landmark.”
Adam Sweeting, The i

I Am Hannah, Channel 4

“I Am Hannah was another story that felt like an unfinished sketch. Just as you were sucked into her predicament — having to witness blissed-out friends with babies as she was left to navigate a bleak world of online dating — the end credits came. Perhaps this felt truthful, because in life things aren’t neatly tied up with a bow. But Gemma Chan’s sensitive turn and her poignant situation felt worthy of further exploration.”
James Jackson, The Times

“Despite poignant close-ups of Chan’s face looking sorrowful, accompanied by syrupy background music, Hannah’s desires and motivations remained mysterious. She complained angrily about the way women are forced to choose between work and motherhood, but didn’t seem sure whether she wanted either of them. In the end, this drama left us hanging in space, going nowhere.”
Adam Sweeting, The i