Extraordinary Twins; Back to Jail: Crime and Punishment; Somos

“Offered a sensitive, quietly heartbreaking exploration of how families adapt to singular circumstances” 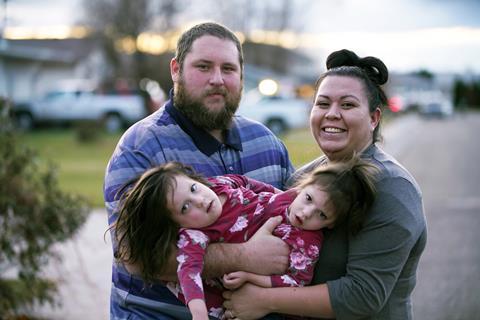 “The programme could have been titled Extraordinary Doctors. Another broadcaster might have made a film focused entirely on the work of the medical team, but ITV preferred the emotional hit of following the families. Can you imagine being the parents of these little boys, seeing them off to surgery in the knowledge that the choice you have made for them could result in brain damage or worse? This is a two-part documentary, but I confess that the waiting was too much and I already searched online to discover the fate of the twins.”
Anita Singh, The Telegraph

“ITV’s two-part documentary Extraordinary Twins opened with a woman sewing. “Nowhere makes clothes for conjoined twins,” sighed Idaho mother Chelsea, snipping through a swathe of magenta fabric. I always worry that television about conjoined twins will be exploitative, but this scene showing her stitching an outfit for her daughters, who are joined at the sternum, was typical of a programme that offered a sensitive, quietly heartbreaking exploration of how families adapt to singular circumstances.”
Gwendolyn Smith, The i

“This remarkable two-part documentary, as upsetting as it was endearing, followed the family while Chelsea and Nick confronted a devastating choice. Without an operation to separate them, the twins could never lead independent lives. But such drastic surgery could kill either one, or both. Rather than exploiting the emotional drama of this decision, the film-makers did a superb job of showing how different their futures might be. We met similar, slightly older twins Erica and Eva in California, who are learning to live apart after a successful operation.”
Christopher Stevens, Daily Mail

Back to Jail: Crime and Punishment, Channel 4

“The target of the programme’s disdain was Chris Grayling’s reform of the probation service, which involved farming out low and medium risk offenders to private companies. It proved a costly failure – the bill to the taxpayer was nearly £500 million – and was reversed after five years. But the focus on the politics felt like something of a misdirection, when in the same programme we were told that reoffending rates have remained unchanged for years.”
Anita Singh, The Telegraph

“This was no emotional plea for sympathy, but rather a measured look at a broken system where people are set up to fail. Watching Daniel kick around outside the tent in which he was living after being released from prison with nowhere to go – “Watch where you’re standing because there are quite a lot of needles” – the statistic that 62 per cent of those leaving prison after short sentences go on to reoffend within a year came as no surprise.David Cameron and Chris Grayling’s move to privatise some of the work of the probation service just made things worse. “We have a lot less time and a lot more pressure,” said one probation officer. Between this and Jimmy McGovern’s prison drama Time, it’s hard to feel anything other than utter desperation at the state of our criminal justice system.”
Gwendolyn Smith, The i

“There is an opportunity here for a show that has the thrills of a cops v cartel narrative but with fine layers of tragic human consequences underneath, and a far greater voice for women than the average crime saga. Sadly, though, that’s a chance Somos never quite takes.”
Jack Seale,The Guardian