“This thorough, rigorous documentary is an exhaustive and engaging account of what happened” 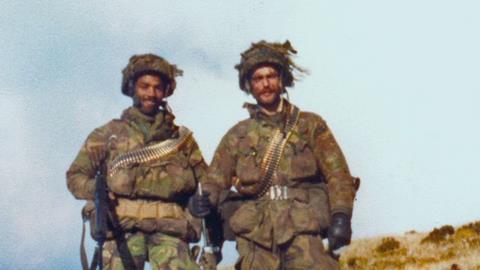 “This thorough, rigorous documentary is an exhaustive and engaging account of what happened, by many who were there. However, the story that this documentary aims to tell is not necessarily one that has been told before, and that allows for a gripping narrative to unravel.”
Rebecca Nicholson, The Guardian

“All credit to the Falklands veterans who contributed to Harvey Lilley’s riveting, unexpectedly critical documentary: they were certainly in the mood to speak frankly. Usually such anniversary-based documentaries are full of talking heads trotting out platitudes and rehearsed memories that adhere to a general mood. This one was not. This was a remarkable film because we are so used to collective silence around such matters. Yet here were men speaking freely for the first time, making mesmerising TV.”
Carol Midgley, The Times

“This was, as we might have expected, a tale of immense bravery and ultimate victory. But it also revealed how close Britain came to defeat. There is a tendency these days to look back at British history with a critical eye. But this was not revisionism for the sake of it, or a Channel 4 exercise in bashing the Government of the time; the critics here were the commanders who led the operation.”
Anita Singh, The Telegraph

“This account, which also featured interviews with Argentinian soldiers, gave a real feeling of what planning a battle is all about — and what it’s like at the sharp end. It was impossible to watch troops being rescued from the burning RFA Sir Galahad — one man on a stretcher seemed to be missing his lower leg — without a lump in the throat.”
Roland White, Daily Mail

“This documentary suffered from a surfeit of talking heads that were hard to follow – mostly extremely posh, older white men, some of whose occasionally flippant language was jarring, referring for example to the conflict as a ‘jolly good little colonial war’. We were overwhelmed by names of commanders, units, ranks, battle locations and ships that assumed a certain level of pre-existing knowledge from the viewer and skimmed over much of the wider context.”
Rachel Sigee, The i

“Altogether, this had the feel of many history documentaries on Channel 4 or Channel 5: strong findings packaged in a way that made the finished project feel lightweight. Still, some of the little details from people who actually knew the protagonists were entertaining.”
Anita Singh, The Telegraph

“There was shocking evidence that in July 1940 he suggested to a Nazi agent in Portugal that ‘severe bombing would make England ready for peace’. Severe bombing duly took place. He was also accused of carelessly passing on intelligence about French defences to the Germans when he was the Army’s liaison officer in Paris. Yet I couldn’t help thinking that naive, vain, weak-willed Edward was pushed into the arms of the Germans by his family and the British government.”
Roland White, Daily Mail