“It was one of those PR exercises that seem to make up so much of the TV schedules these days, but a pleasant one” 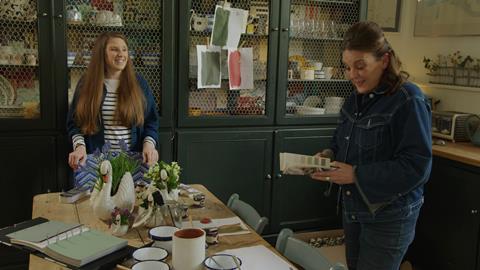 “Farrow & Ball: Inside the Posh Paint Factory was designed to show that – whoever owns it – F&B’s USP is its English roots, with the paint made in a little factory near Wimborne in Dorset, and the colours invented by a nice lady who mixes them in the kitchen of her converted 19th-century schoolhouse in rural Somerset. The show did a nice job of this, introducing us to the workers and taking us through the manufacturing process. It was one of those PR exercises that seem to make up so much of the TV schedules these days, but a pleasant one.”
Anita Singh, The Telegraph

“Like all such documentaries, it was obviously a weighty plug for a phenomenally successful brand, borrowing along the way Gregg Wallace’s Inside the Factory title. (Thank God he wasn’t presenting this. He would have drowned from excitement in a paint vat.) What I do like about Farrow & Ball is that it is so quintessentially British, the weird names, such as Sulking Room Pink, dripping in eccentricity and faint self-mockery. It was refreshing too to learn that all are created at a kitchen table by two ‘colour queens’, Joa Studholme and Charlotte Crosby, and not mixed by robots in a processing plant 2,000 miles away.”
Carol Midgley, The Times

“Laurence Llewelyn-Bowen was not invited to contribute to Farrow & Ball: Inside The Posh Paint Factory. That’s no shock but it is a pity, because his ruthless judgments would have punctured the show’s pretensions. Instead, we got an extended advert for the Dorset company that has just been sold to a Danish outfit for just over half a billion quid. It was so much like a corporate video that I was half expecting to be invited to purchase shares at the end.”
Christopher Stevens, Daily Mail

“Diana’s Decades was tonally odd. It skipped through a history of the 1970s and 1980s before and during Diana’s rise to fame as a pretext for regurgitating footage so overused I can almost recite it by heart. There was the odd entertaining bit, such as when Bruce Oldfield and Zandra Rhodes carped on about Diana’s (godawful) wedding dress. Yet mostly it felt like reheated leftovers served up with a token sprig of fresh parsley.”
Carol Midgley, The Times

“Let’s applaud the fact that this show was at least striving to offer something a bit different. It was a cross between one of those Dominic Sandbrook social histories and a retread of Diana’s public life, with Meera Syal providing wry narration.”
Anita Singh, The Telegraph

“This gauche documentary is what happens when a generation of students emerges from university, indoctrinated with the Corbyn version of modern British history. We glimpsed a clip of Mrs Thatcher, of course, set to the ominous music of The Specials’ Ghost Town. Film of the Royal Wedding in 1981 was intercut with scenes of fiery mayhem during the Toxteth riots weeks earlier. The message was that, as the toffs played, the working classes were being ground to pulp under the boots of riot police.”
Christopher Stevens, Daily Mail