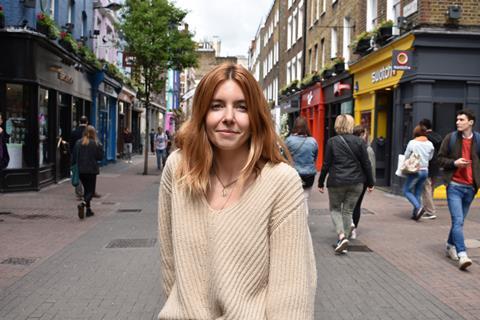 “I like the disarming ordinariness of Dooley’s delivery. It is devoid of bullshit and in her Luton accent she asks the instinctive questions of everyman. What the film lacked were responses from the big clothing companies such as Asos and Primark, but they refused to speak to her, which is a PR disaster.”
Carol Midgley, The Times

“She might currently be dancing and smiling her way into the nation’s hearts on Strictly Come Dancing, but away from the sparkles and glitter Stacey Dooley is a tenacious investigative journalist with a winning ability to make complicated stories understandable and accessible. Her latest film, Fashion’s Dirty Secrets, was a case in point.”
Sarah Hughes, The i

“The show continues to tread the fine line between heart and sentimentality, between reporting on measures involving vulnerable groups without patronising them and shaping the narrative into something manageable, without intruding too much. I still say it would work better as a mood piece, and that at the very least the sociological gubbins should be let fade into the background. But next week – chickens arrive! And I will, absolutely, be there for that.”
Lucy Mangan, The Guardian

“This is a lovely telly format. It combines the charm of Channel 4’s Secret Life series, where playschool cameras eavesdrop on the children’s games, and poignant interviews with the Larkhill residents, aged 81 and up.”
Christopher Stevens, Daily Mail

“Return to TS Eliotland was a return to something else: old-fashioned, gimmick-free TV. Save the odd snatch of annoying music, it was unashamedly lofty, refusing to make the poetry more ‘accessible’ via props or dumbing down. There should be more documentaries like this.”
Carol Midgley, The Times

“An Wilson speaks with the precision of a pre-war vicar. He is very clever — but at times it was like watching an archive documentary.”
Christopher Stevens, Daily Mail