Fergal Keane: Living with PTSD; Mother Teresa: For the Love of God?; Conversations with Friends; The Split

“This was a valuable programme, examining a type of trauma that is not discussed in public often enough” 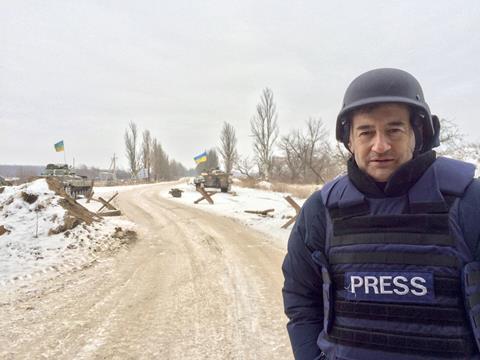 “There was an element of ego involved in him making this film at all – a detailed report on the current status of Fergal Keane written by and starring Fergal Keane. But he was scrupulously honest about all of the above and, then, the film started showing you some of the footage from across the years, the things that Keane had witnessed. And you understood why he has nightmares of waking up under piles of human bodies, or of animals devouring human corpses. He is, in his own words, like a moth to a flame, and like a moth near a flame it was deeply strange yet somehow mesmeric to watch something complicit in its own ruin.”
Benji Wilson, The Telegraph

“Some of the footage that underpinned his words was horrific beyond description. His analysis of his depressions and breakdowns, brought on by the human barbarity he has witnessed, was lucid, frank and courageous. This was a valuable programme, examining a type of trauma that is not discussed in public often enough.”
Christopher Stevens, Daily Mail

“Keane, who sensibly pulled out of Kyiv in Ukraine when it came under bombardment because he can no longer cope with war, is clearly a compassionate, sensitive man who feels things deeply. His film was an eloquent study of the complexity of the beast that is PTSD and the ways to start to tame it.”
Carol Midgley, The Times

Mother Teresa: For the Love of God?, Sky Documentaries

“For The Love of God? remains faithful to the question mark in its title. Over three parts, it features interviews with supporters and detractors, inviting the viewer to make up their own mind. The result is a comprehensive and balanced assessment of Mother Teresa’s life, portraying her as a complex figure.”
Anita Singh, The Telegraph

“It has been pumped up with the marketing slogan of ‘saint or sinner?’, which itself seems a daring proposal to make. Yet to its credit (or perhaps paranoia given the world’s not-insignificant Catholic population), the series is careful to stringently retain balance to support both epithets.”
James Jackson, The Times

“For the Love of God? shows how figures such as Teresa are a key component of unjust societies, dabbing balm on the consciences of those who send ‘thoughts and prayers’ to the vulnerable while ensuring they remain so. Harsh as For the Love of God? may have ended up being on an individual whose flaws were magnified by a fame she couldn’t control, the portrait showing where dogma and hysteria can lead is painfully pertinent.”
Jack Seale, The Guardian

“Can the BBC’s second Sally Rooney adaptation possibly live up to Normal People mania? if there’s any justice, this sensational follow-up should be just as big of a hit – if not bigger. The creative band is back together, led by director Lenny Abrahamson and co-writer Alice Birch, and they’ve reprised their winning format: 12 extremely moreish half-hour episodes which sensitively tease out everyone’s fraught feelings via charged silences, cryptic text messages and intimate, authentic sex scenes.”
Marianka Swain, The Telegraph

“Though it is undoubtedly slow, solipsistic, and self-satisfied, the show has an ambient appeal. It is television designed to be watched out of the corner of your eye while scrolling through Instagram, peering in at strangers on two screens simultaneously. And if the prospect of watching the lives of a group of rather entitled millennials unravel at a pace closer to Captain Tom than Mo Farah doesn’t excite you, there are plenty of close-ups of beautiful people kissing to keep you distracted.”
Nick Hilton, The Independent

“It’s as fine a dramatic meditation as you’ll get on divorce, the euthanising of a loving marriage and the courage to recognise that ‘not all divorce is failure’. Some people haven’t enjoyed The Split and I was ‘meh’ about the earlier two series. But this one has been magnificent, Nicola Walker and Stephen Mangan outstanding.”
Carol Midgley, The Times

“Unlike some drama series’ botched endings, this felt like proper closure. But any sadness at leaving characters who have deepened beautifully over the three seasons should be mitigated by Abi Morgan’s recent hint at a spin-off.”
Gerard Gilbert, The i