“The script fizzes with one-liners” 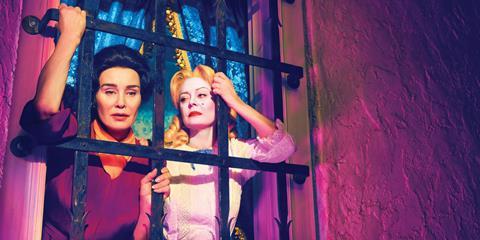 Sparks flew. Delicious one-liners were traded. Ageism, sexism and misogyny were explored. This was Feud for thought.
Michael Hogan, Telegraph

Feud was created by Ryan Murphy, one of the executive producers of The People v OJ Simpson, and the campness and delicious wit of that true crime dramatisation is even more on display here, where it is better suited. The script fizzes with one-liners.
Damian Whitworth, The Times

How furious the ghost of Miss Joan Crawford will be that she still gets second billing to her nemesis, Miss Bette Davis, in the drama about the Hollywood divas’ infamous rivalry.
Christopher Stevens, Daily Mail

You can shove your Strictly Come Dancing and your Apprentice finals, and Sports Personality of the Year, this was the nicest television of the weekend. Moving too.
Sam Wollaston, The Guardian