“It was a story told with energy and vim, with decent contributions from Alan Shearer, Gary Pallister and Cantona. But I’m not sure there was much here that we didn’t already know.” 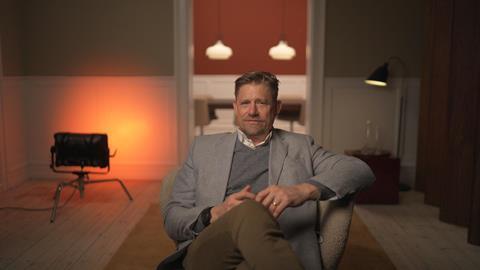 Fever Pitch: The Rise of the Premier League, BBC2

“Fever Pitch! The Rise of the Premier League was very much a celebration of the new order: football as showbiz, and a game awash with billions. David Beckham’s production company, Studio 99, made Fever Pitch. No surprise that there were no searching questions about the Premier League, then, or any criticism levelled anywhere. It was more of a nostalgic romp through the years.”
Anita Singh, The Telegraph

“It was a story told with energy and vim, with decent contributions from Alan Shearer, Gary Pallister and Cantona. But I’m not sure there was much here that we didn’t already know. Older football fans may bridle at the faint suggestion that football was ‘all bad’ before 1992 (it wasn’t, I’m assured) and wonder why we didn’t hear more from the smaller clubs who were not invited to the shiny new party. This will clearly evolve over the next three episodes, but the opener felt a shade simplistic.”
Carol Midgley, The Times

“It was the stories of the players that brought heart to this documentary. Fans will be well acquainted with the history, but it was still a treat to hear the legends of the game speak with pride and fondness for those days.”
Emily Baker, The i

“Fever Pitch! proposes that in the 1980s the game was so overrun by hooliganism and free of entertainment that plutocratic football chairmen and an Australian-born tycoon were necessary to save football from oblivion. And they did. We should be grateful. The story could be told from the opposite perspective: thanks to these greedy men and, subsequently, oligarchs from Russia to Thailand, Britain’s most successful football clubs became cut off from their communities, their teams consisting of globe-trotting mercenaries watched in near silence – if games at the Emirates stadium are anything to go by – by passionless season ticket holders from the suburbs emerging from Chelsea tractors.”
Stuart Jeffries, The Guardian

“The film-makers clearly loved Eric Cantona, which bled into a worship of his club, Manchester United, and its manager, Alex Ferguson. This partisan monovision reflected the early days of TV’s obsession with the Premier League: you would feel short-changed if you supported Liverpool or Chelsea, let alone Middlesbrough.”
Christopher Stevens, Daily Mail

“Fans of Silent Witness may feel a little short-changed by the absence of supporting cast. Dr Nikki and her brooding Mr Macho (Emilia Fox and David Caves) are still muttering into tape recorders as they inspect cadavers at the Lyell Centre, but they are on their own. Still, this was a return to form for a show that too often wallowed in woke political storylines.”
Christopher Stevens, Daily Mail

“Fairly uncomplicated, easy to follow and – in the grand scheme of things – entirely inconsequential, it’s not a surprise that this pleasantly run-of-the-mill drama is still on our screens after 24 series. The likes of Vigil might have us sitting on the edge of our seats, but there’s a lot to be said for the comfortable reclining encouraged by Silent Witness.”
Emily Baker, The i

“There are several 20th-anniversary documentaries about 9/11 at the moment, but this one was a quality offering even if last night’s episode did focus on the ‘charismatic, well-mannered, football-loving’ Osama. People described him almost as a gentleman, which was fascinating and terrifying given what happened next.”
Carol Midgley, The Times

“The law of television states that all contests must give at least a nod to The Great British Bake Off. The influence is evident in Landmark’s music and in the would-be dramatic moments. But there were no mean comments from the expert judges, artist Hetain Patel and curator Clare Lilley, and the staginess was kept to a minimum. Ultimately, it was a bit lacking. The personalities of the artists didn’t come through, and the process of making the artworks wasn’t covered in much depth.”
Anita Singh, The Telegraph