“I found myself gripped, grinning and emotionally invested in the outcome.” 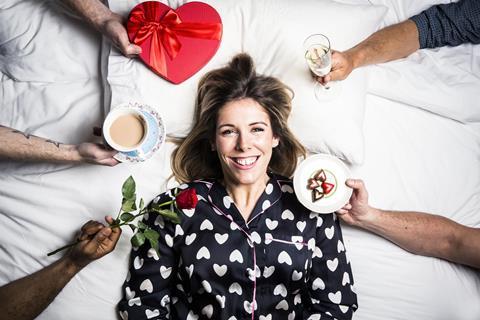 “It was hardly original and a bit tacky, but surprisingly absorbing. I found myself gripped, grinning and emotionally invested in the outcome. It combined the nosy voyeurism of a traditional dating show with the domestic familiarity of Come Dine With Me or Gogglebox.”
Michael Hogan, The Telegraph

“This is an absurd show, and every scene has blatantly been manipulated in the editing suite, especially the ending. Pity the poor runner-up, trundling his suitcase away like a reject from The Apprentice, while the winner takes it all.”
Adam Sweeting, The i

“Unlike Love Island, there was no swimsuit parading or humiliation and the women called the shots, making it curiously watchable. That said, I don’t think mum Jackie should be in any hurry to buy a hat.”
Claudia Connell, Daily Mail

“This was full-force Lumley as she marvelled her way around Cuba. Her capacity for wonder remains quite something. She expertly carried the programme with a slightly dotty warmth towards the locals and, in asides to camera, you, her friend.”
James Jackson, The Times

“As she made her rounds of the Caribbean’s largest island, it was as if she’d landed in a run-down but fantastical theme park, devised solely for her amusement. This was a mildly diverting celebrity walkabout in blazing sunshine under beautiful blue skies. But Lumley’s claims to be unearthing a ‘hidden’ Cuba were ludicrous.”
Adam Sweeting, The i

“Joanna’s constant battle with frizzy hair was as exciting as it got. She breezed through the island calling everyone ‘darling’ and ‘sweetheart’ and was in raptures about everything and everyone. It was frenetic and yet superficial and unsatisfying. Joanna has presented some fabulous travel shows in her time and has an easy and engaging rapport with everyone she meets, but last night’s show lacked her normal razzle-dazzle.”
Claudia Connell, Daily Mail

The Great Celebrity Bake Off for Stand Up to Cancer, Channel 4

“This being the cheerful celebrity version, the episode was like an unusually kind version of Bake Off and, after the moaning about the last series being too stressful, perhaps a vision of how things will be. Hollywood’s pre-plague handshakes were ubiquitous, while during the showstopper challenge he was full of smiling compliments about the higgledy-piggledy messes of choux pastry made by Theroux, Jenny Eclair and co.”
James Jackson, The Times

“Celebrity Bake Off has an energy arguably more compelling than the regular series. It’s not just that the celebs take themselves less seriously than the usual run here, it’s also clear that – unlike nearly all other celebrity versions of popular British TV shows – all of the participants actually do want to be here and can’t hide their excitement.”
Scott Bryan, The i

“The depiction of a woman in her fifth decade as a still fully-functioning adult remains striking. And it is further elevated by a simply brilliant performance by Kathryn Hahn as a woman who is a fully credible mixture of confidence and insecurity, competencies and inadequacies and – most importantly – who is gradually realising that she contains multitudes.”
Lucy Mangan, The Guardian