“This is a rich, meaty plot stew to go with the one warming your lap of an evening” 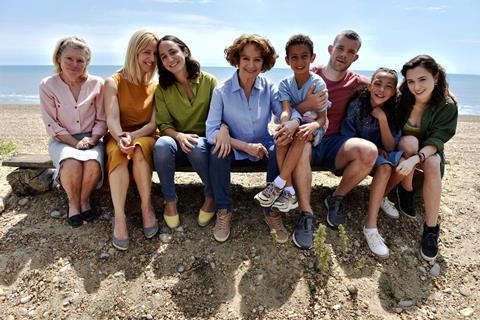 “This is a rich, meaty plot stew to go with the one warming your lap of an evening. It’s beautifully set up, with multitudinous avenues that could be taken over the next three nights. There is a cherishable sense of deftness and overarching control about the whole endeavour that leaves you longing to find out what will happen rather than anxious amid proliferating possibilities.”
Lucy Mangan, The Guardian

“It is a masterclass from Imelda Staunton, who elevates an already cracking script from Sarah Williams. The basic plot is not dissimilar to last year’s Gold Digger but this doesn’t take itself half as seriously. The drama is being shown over four consecutive nights, which can feel like overkill in the case of some ITV dramas, but is just right for one that promises to be addictive.”
Anita Singh, The Telegraph

“It was all so brilliantly done – the fraught family supper; sibling disagreements; suppressed emotions – that it was easy to forget the dead body. But there it was, as yet unidentified, being carried off by police in the opening few minutes.”
Rupert Hawksley, The i

“Not so much a whodunnit as a ‘who-got-done-in’, Flesh and Blood turns the traditional crime drama upside-down. We see a body at the start — but we’re left to guess the victim. What a clever and original trick. Except, of course, it isn’t.”
Christopher Stevens, Daily Mail

“The programme was a police procedural in the truest sense, documenting hour-by-hour the work that goes into identifying and catching killers. As a study of how such investigations are carried out, it was interesting. Use of split screens and slow-mo, as if the director was itching to make things more exciting, was thankfully kept to a minimum.”
Anita Singh, The Telegraph

“DCI Stuart Truss said that real life is nothing like the cop dramas in which the senior investigating officer and his trusty sidekick solve the case alone. Real policing involves 30-strong teams, much tedious leg-work and investigative cul-de-sacs. You can see why scriptwriters omit this sort of detail.”
Carol Midgley, The Times

“Was Murder 24/7 entertaining? Extremely entertaining, yes. But that’s not quite the point. A man was stabbed through the femoral artery and bled to death in his flat. It felt pretty tasteless to try to zhuzh up the investigation simply for our gratification.”
Rupert Hawksley, The i