“It is a hard, spare and unrelenting three hours that marshals an appalling abundance of material with a compassionate but firm hand” 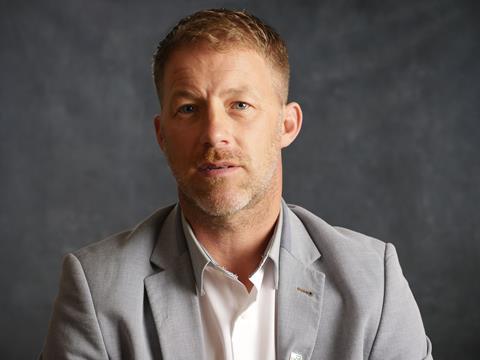 “It is a hard, spare and unrelenting three hours that marshals an appalling abundance of material with a compassionate but firm hand. The men’s current and remembered pain is visible in their every expression, their every movement. It’s there in every frame, a constant, pulsing presence, and the makers, wisely, do nothing to ameliorate or obscure it for the viewer.”
Lucy Mangan, The Guardian

“This was a skilfully made film, old footage evoking 1970s nostalgia when few dreamt such things happened, but the tears of these ex-footballers, now in their forties and fifties, were its most eloquent part. They demonstrated that abuse is a lifelong, debilitating injury.”
Carol Midgley, The Times

“It does an excellent job. The survivors spoke on camera with absolute candour, reliving their horrific experiences. It was bleak, but what courage it took for these men to describe their ordeals once again on camera.”
Anita Singh, The Telegraph

“Football’s Darkest Secret was important in uncovering the abuse of boys that has been endemic in the game. In a series of calmly anguished statements, by men whose mental torment contorted their faces like physical pain, the details were laid out of how serial abusers control their victims — the threats, the rewards, the framework of lies and, above all, the way in which sex acts are made to seem simultaneously part of ‘normal’ life and yet too shameful ever to be discussed.”
Christopher Stevens, Daily Mail

“Football’s Darkest Secret gave its contributors room to explore their pain. Paul Stewart, David White, Steve Walters and Woodward gave incredibly moving interviews, each unafraid to cry and share their experiences, and the long-felt effects. The revelations were shocking.”
Emily Baker, The i

“Sweet, charming and poignant, it was a meditation on growing old, loneliness and making a life when confined in an institution. Some of the exchanges felt staged and you did wonder if some of the residents were capable of consent. However, the denouement was profound.”
Carol Midgley, The Times

“Undercover OAP: The Mole Agent – Storyville was a delight. At the end I was left with the feeling that I’d been conned, a little bit, but it was so sweet and sad and funny that I forgave them. Director Maite Alberdi – also credited here as a writer – had great fun shooting this as a cross between a film noir and Johnny English.”
Anita Singh, The Telegraph