“This is proper, silly comedy that packs in the punchlines and dances around absurd setups, leaving a sense of joy in its wake” 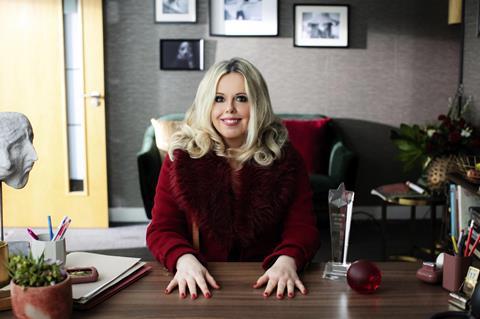 “This is proper, silly comedy that packs in the punchlines and dances around absurd setups, leaving a sense of joy in its wake. Even when the bad stuff happens GameFace is fundamentally optimistic. Hopefully, its promotion to Channel 4 will win it the audience it deserves.”
Rebecca Nicholson, The Guardian

“Roisin Conaty, who is also the writer, treads a well-judged line between humour and pathos, and the flat bits are few. In its second series GameFace still manages to mine these seams in a fresh way, producing one-liner after one-liner and a nice line in filth.”
Carol Midgely, The Times

“It was skilfully written, flitting from daft innocence to dark filth within the same scene. Conaty adroitly balanced weighty issues (addiction, debt, depression) with a sense of silliness that somehow felt spontaneous.”
Michael Hogan, The Telegraph

“This series is both very funny and properly smart. The characters are well drawn and the scenarios feel grounded in a very specific type of London reality – of a woman who grew up in the city and has the accent to prove it. It’s the kind of comedy – both very broad and carefully specific – that’s incredibly difficult to get right. Conaty makes it look easy.”
Sarah Hughes, The i

“In an age when we are stuffed to the gills with dull food programmes, here were lovely footage and valuable tips to find untouristy, high-quality restaurants that are definitely not like Osteria da Luca, the place that charged some Japanese tourists £994 for four steaks Florentine, a plate of mixed grilled fish, two glasses of wine and mineral water.”
Carol Midgely, The Times

“As always, Fred Sirieix ladled on the Gallic charm. Angela Hartnett, meanwhile, was infectiously enthusiastic and emotional. But it felt overstretched at an hour, becoming repetitive. If I had a clam for every time we were told about simplicity, tradition and quality, I’d have enough to make spaghetti vongole. Yet it all floated past handsomely, like a holiday for the senses.”
Michael Hogan, The Telegraph

“If you enjoy looking at congealing plates of pasta, artistically garnished with a small octopus, then perhaps you’ll be tuning in again. I won’t — an hour spent listening to restaurateurs whingeing about customers who don’t turn up is one hour too much.”
Christopher Stevens, Daily Mail