“A misjudged and sometimes maddening attempt at entertainment programming” 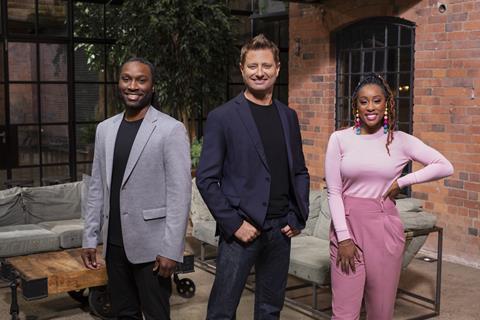 “It’s hard to know what would possess anyone to make a television show about ‘flipping’ property at a time like this. The UK is in a desperate housing crisis, the rental and sale markets are out of control, and the cost of living is a waking nightmare for millions. Even despite these circumstances, however, someone somewhere span the TV show-generator wheel, watched as it landed on ‘reality competition show,’ ‘property development,’ ‘£100,000 prize money,’ and finally ‘weirdly boring?’ and came up with George Clarke’s Flipping Fast, a misjudged and sometimes maddening attempt at entertainment programming.”
Lauren O’Neill, The i

“There are, obviously, financial pitfalls to this endeavour. But neither the presenter, George Clarke, nor the experts, Stuart and Scarlette Douglas, spell this out at the beginning. It falls instead to two contestants, Pamela and Gordon, to illustrate just how tough things can be. To watch this couple floundering, while the presenters tut away, feels almost cruel. I suppose it is an instructive show, if you want to get into the property business.”
Anita Singh, The Telegraph

“As ever with this kind of show, a simple setup provides a complex, addictive journey down the highways of misplaced optimism, the byways of human folly, the occasional slalom into the brick wall of actual stupidity, and the even more occasional emergence into the sunny uplands of a working intelligence.”
Lucy Mangan, The Guardian

“The main two things we learnt from Grayson’s Art Club: Queen’s Jubilee Special is that British people are slightly mad, and you should never hire Prue Leith to do your interior design. The chandelier she made to mark the Queen’s 70 years on the throne was a total dog’s breakfast. The offerings from people around the country were brilliantly idiosyncratic. It was odd to have Perry singing Billy Joel’s Just the Way You Are to the Queen, but it was that kind of programme.”
Carol Midgley, The Times

“Grayson’s Art Club: Queen’s Jubilee was a jolly tribute from Grayson Perry and his wife, Philippa, spun off from the show that became a lockdown hit. When Grayson’s Art Club first launched, he was the star. But it is now definitely a double act, with Grayson and Philippa pottering about companionably with cups of tea. It’s a joyful little show, ‘inclusive’ in the best sense of the word, and this episode was at its best when it focused on members of the public who had created works of art inspired by Her Majesty (rather than the celebrity contributions from Prue Leith and Harry Hill).”
Anita Singh, The Telegraph

The Hermit of Treig, BBC4

“Lizzie MacKenzie’s gentle, tender film didn’t interrogate Smith, it let him tell his story in his own words (and he wasn’t a man given to garrulousness). He has decided he’ll die there. I suppose you could say it’s anti-hermit to allow a film-maker to follow you for two years, but on seeing the finished product, who didn’t feel a small, atavistic pull to a simpler life?”
Carol Midgley, The Times

“Filmmaker Lizzie MacKenzie, who befriended 74-year-old Ken a decade ago, has been filming him for two years. Her gentle, charming documentary, The Hermit Of Treig, portrays a man with a touch of poetry in his soul, who is apparently immune to loneliness.”
Christopher Stevens, Daily Mail