“At times it’s a little self-indulgent. And a little preposterous. But also honest and brilliant – the film, and the man.” 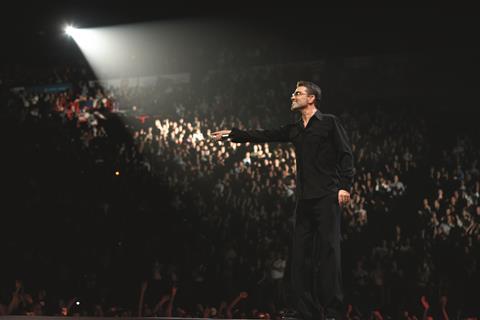 “This is very much George Michael according to George Michael. With contributions from his famous pals. Anyway, at times it’s a little self-indulgent. And a little preposterous. But also honest and brilliant – the film, and the man.”
Sam Wollaston, The Guardian

“Exhilarating, tragic, pompous, self-effacing, touching, silly, relatable, incomprehensible, generous, introspective, wide-ranging and intimate, it was as compelling and contradictory as the man at its heart, tracing his journey from the superior teenybop of Wham! to serious solo stardom as he wrenched perfect pop out of personal pain.”
Gabriel Tate, The Times

“Any documentary made by the subject about themselves could all too easily slip into hagiography. So the fact that George Michael: Freedom largely managed to avoid doing so really is quite a feat. There was humour, too, with Liam Gallagher, of all people, popping up to extol the merits of Listen Without Prejudice Vol 1.”
Patrick Smith, The Telegraph

“The queue of famous fans lining up to praise him in the updated parts of the documentary was dazzling. Some were self-serving. Others had real insights to offer. It would have been a sickening love-in, were it not that George died far too young, at 53, after his brilliant career had long since sputtered out.”
Christopher Stevens, Daily Mail

“It might sound depressing to contemplate reopening the debate on abortion, but with the public imposition of moral puritanism approaching epidemic proportions, Abortion on Trial felt timely and valuable. This was admirably sober and sensitive, highlighting shades of grey of an issue generally painted in black and white.”
Gabriel Tate, The Times

“Ultimately, abortion wasn’t really ‘on trial’ here at all; this lot were far too immersed in their own experiences to be considered impartial judges or jurors. However, if Anne Robinson was aiming to get them – and, in turn, viewers – to look beyond their own experiences and consider the wider issues, she succeeded.”
Isabel Mohan, The Telegraph

“Many factors collided to make this, actually, one of the most enlightening hours of factual TV in a long while. They spoke with painful honesty about what is still, sometimes, a taboo subject, and never shied away from confrontation.”
Matt Baylis, Daily Express