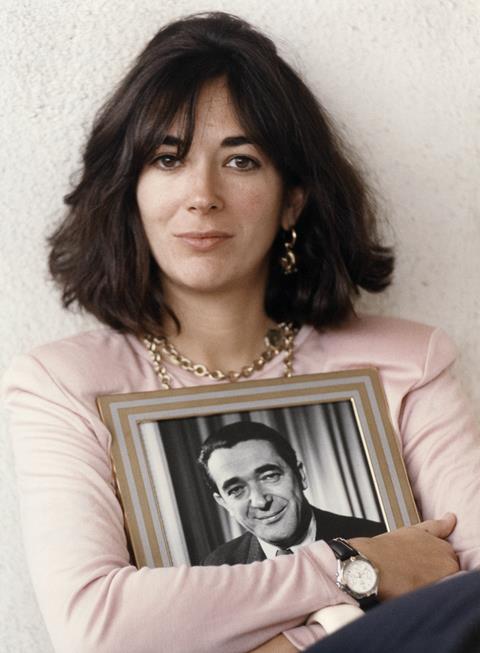 “It might also have been worthwhile to ask how much worse they were together than they might have been separately. Was it a case of two toxic people finding each other and creating a greater hell than they could have individually – a Fred and Rose West or Ian Brady and Myra Hindley, just stopping short of murder? Or do men as rich and powerful as Epstein always eventually manage to find the staff they need? A three-hour documentary should do more than competently marshal facts (even if, as this one did, it gives decent consideration and screen time to the survivors). It has room to theorise and it should take it, rather than pad the time with the likes of Pasternak (and her assurances that she is “appalled” by Maxwell’s alleged behaviour, as if the rest of us are sitting around thinking of butterflies and marshmallows) and former friends with nothing personal or perceptive to say.”
Lucy Mangan, The Guardian

“Indeed, a great deal of this early episode was pointedly devoted to Robert Maxwell, who had spoilt his youngest child, naming his yacht after her; the yacht from which he fell to his death. Ghislaine had seen her mother, Betty, fail to intervene when Robert routinely bullied or humiliated her children. The lesson for this daddy’s girl was that he was to be obeyed. It was said that as a child she became anorexic to get his attention. The film suggested that a similar insecurity was at play in her relationship with Epstein; she desperately wanted to be his girlfriend, his wife even, but he was a “philanderer” (understatement of the year, I think we can safely say). In that early on-camera interview in Central Park after her father had died she looked wrongfooted when asked if she was happy. “I … [long pause] am happy. In the sense that I have many things to be grateful for,” she said. “But if I have a wish for myself it is to be able to achieve something.” So far, as she languishes in her jail cell in Brooklyn awaiting her showstopper trial, that “something” seems chiefly to be notoriety.”
Carol Midgley, The Times

“It’s fascinating stuff – the writers of Succession would struggle to come up with juicier details – but this first episode seemed too interested in painting Maxwell as a victim herself. She was portrayed as remarkably passive in her relationships both with her father and with Epstein, between whom many comparisons were drawn by the “former friends” featured. It’s a shame, because interviews were teased with the people who really matter: the survivors of Epstein’s crimes.”
Rachael Sigee, The i

“An interview with Maxwell, of course, would have been a coup. But this three-part documentary still manages to give a comprehensive account of her life. Is it a window into her soul? Not quite – there remains something unknowable about Maxwell. But through the testimony of those who knew her, and the women who alleged she enabled Jeffrey Epstein’s depravity, we get a grimly fascinating portrait.The series is a well-researched exposé of Epstein’s crimes and the claims about Maxwell’s complicity. But it also shines a light on US high society, and the extent to which wealth can wash away all sins. The close acquaintances who spilled the beans here were all careful to bill themselves as “former friends” but they didn’t leave the party until pretty late.”
Anita Singh, The Telegraph

Kate: Our Queen In Waiting, Channel 5

“Kate: Our Queen In Waiting (C5) made only glancing reference to the flight of the Sussexes. This obsequious portrait of the Duchess of Cambridge mostly confined itself to comments such as, ‘She has not put a foot wrong’ and ‘This is a relatable form of royalty’. One of the chuntering palace insiders did admit: ‘I’m not sure there was a natural connection between Meghan and Kate.’ This was British understatement taken beyond its limits — not an observation, merely a string of words with all meaning sucked out of them.”
Christpher Stevens, Daily Mail

“It was 20 minutes before the M word was mentioned but just when the programme appeared to be about to tackle the outrageously prejudiced press coverage of Kate and Meghan Markle, it instead became a flurry of plaudits to Kate’s resilient attitude, implying that she was simply built to handle it better and comparing her (once again) to the Queen. Borrowing clips of March’s bombshell Oprah interview to tackle that vital issue of who made who cry over a flower-girl dress, it forgot about everything else disclosed recently by Meghan and Harry – no room for racism when there was Kate’s natural photography talent to applaud. Simpering, shallow nonsense.”
Rachael Sigee, The i