Ghislaine, Prince Andrew and the Paedophile; The Puppet Master; Why Ships Crash 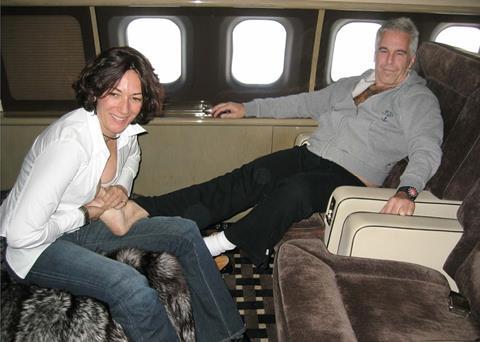 “Ghislaine, Prince Andrew and the Paedophile arrived on ITV on a small wave of clickbait headlines, and the report duly delivered a pacey, if pretty tabloid, overview of Jeffrey Epstein and Ghislaine Maxwell’s vile exploits.”
James Jackson, The Times

“At 45 minutes (plus adverts) it is not an in-depth investigation to match either the four-hour Netflix miniseries Jeffrey Epstein: Filthy Rich nor the three-part documentary by Sky, Epstein’s Shadow. The question it poses at the start rather answers itself. ‘How did the privileged daughter of a billionaire newspaper tycoon, intimate with high society and royal palaces, become a paedophile’s accomplice?’ Could it be that when you grow up in a tiny bubble of rich, protected, privileged, narcissist- and sociopath-heavy elitists, certain human traits such as empathy, conscience and morality are not as fully nurtured as they might be?”
Lucy Mangan, The Guardian

“Ranvir Singh is a likeable, warm presenter, and she brings some extra edge to the story, divulging that she too was sexually assaulted when she was a young girl. She sensitively re-tells the story of Maxwell and Epstein’s abuses, and Andrew’s relationship with the pair, and includes new interviews from friends of Epstein’s, survivors and staff.”|
Sean O’Grady, The Independent

“Disappointingly, Ghislaine, Prince Andrew and the Paedophile was mostly an already familiar summary of the recent case. It speaks volumes that the only pre-broadcast news stories culled from the documentary concerned Prince Andrew shouting at Buckingham Palace housekeepers if they messed up his collection of 50 or so teddy bears (yes, really).”
Gerard Gilbert, The i

“Broadcasters have schedules to fill, as we all know, but what was the point of Ghislaine, Prince Andrew and the Paedophile? If you have followed the Ghislaine Maxwell case with interest, then there was nothing new to see here. And if you haven’t, well, why would you start now?”
Anita Singh, The Telegraph

“The odyssey of coercive control plays out like the plot of a fictional thriller. If there’s a failing with these tidy three episodes, it’s in not offering more idea of who Hendy-Freegard is, why he is as he is. What was his background? What was he like at school? Yet that’s of little matter to the basic thrust of the storytelling, because this is one true-crime doc that you simply can’t stop watching, even as you’re appalled.”
James Jackson, The Times

“The Puppet Master is the rare Netflix show that doesn’t overstretch its subject. The documentary is a taut, sad retelling of events, made sadder by the fact that Hendy-Freegard remains a free man – despite a joint Scotland Yard-FBI effort that’s depicted in the series. And while there is some subversive thrill in the idea that Freegard may be watching this very documentary himself, it’s upended by the furious frustration at a legal system that would let him go.”
Annabel Nugent, The Independent

“Why Ships Crash was a mostly absorbing documentary about the Ever Given, the container ship that blocked the Suez Canal last March. Perhaps the least interesting aspect was there in the title – the reason why the ship crashed in the first place. Like many traffic accidents, it boiled down to speeding in treacherous conditions. Along the way, however, there were some eye-openers about the global supply chain, with its fragile ‘just-in-time’ ethos.”
Gerard Gilbert, The i

“Why Ships Crash falls squarely into the category of programmes the BBC does not need to make. Top-heavy with statistics, it was frustratingly vague on detail. A documentary like this has its place, of course – and that place is the Yesterday channel, slotted between films about retired blokes restoring a Sherman tank in a barn.”
Christopher Stevens, Daily Mail