Giri/Haji; Charlotte Church; Living with Yourself

“This bold, bewitching and slightly bonkers eight-parter could be something truly special” 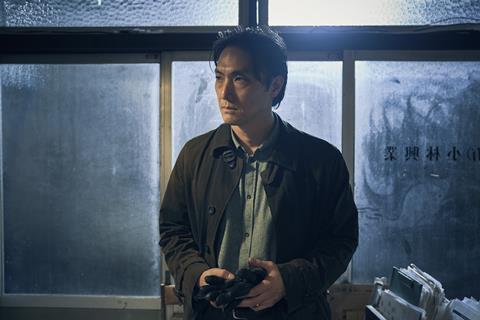 “The problem with Giri/Haji is, apart from the novelty of seeing Japan’s capital unfetishised and the odd animated interlude, nothing here feels new or revelatory. Lonely, troubled detectives torn between loyalty to a ne’er-do-well relative and their professional duty are a staple of police series.”
Lucy Mangan, The Guardian

“In truth, my attention started to wane. But then at around the 30-minute mark the sun came out. Will Sharpe entered as Rodney, a flouncing, chaotic, razor-tongued rent boy, and it shifted up two gears. It was as if the drama had, just like Rodney, taken cocaine and was firing on all cylinders.”
Carol Midgley, The Times

Charlotte Church: My Family and Me, Channel 4

“This proved to be a wholly unexpected diamond in the rough. It helped that, despite having met presidents and the Pope (and Charlotte being very wealthy), none of her family had a shred of pretentiousness about them. In their down-to-earth way they presented as everyfamily, they were sweary, flawed and normal.”
Carol Midgley, The Times

Living with Yourself, Netflix

“There was enough to suggest things might improve over the course of the eight-episode run. But I’ve a feeling that this version of Paul Rudd’s persona is not destined to capture the public’s imagination.”
Jeff Robson, The i

”In some ways it’s a very modern comedy – it doesn’t beat you over the head with its set pieces and its characters are far from caricaturess. Ultimately, though, it is a comedy that asks the big questions but doesn’t look too far for the answers.”
Catherine Gee, The Telegraph