“Up there with Chernobyl, The Virtues and Succession as the year’s best TV drama” 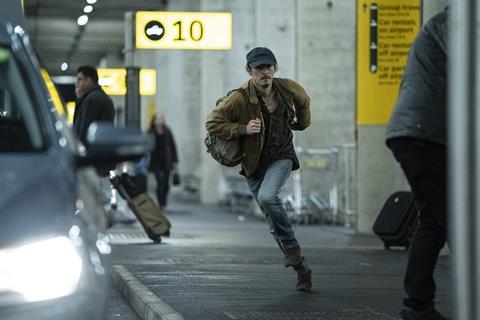 “When I started watching the Japanese gangster drama Giri/Haji eight long weeks ago I never imagined it would climax via the medium of dance. It was utterly pretentious, of course, and lasted two and a half minutes. But amazingly it wasn’t completely terrible. it was well choreographed and almost moving (almost, but not quite; too luvvie for my personal taste). But you can’t say it wasn’t an admirably audacious (if jarring) move by Joe Barton, whose script has at times sparkled like a Christmas tree.”
Carol Midgley, The Times

“Joe Barton’s Anglo-Japanese thriller has bewitched and beguiled for the past seven weeks. As it reached its bittersweet finale, Barton had the audacity to throw in a goosebump-inducing magical sequence which summed up the just-arty-enough ambition of his creation. Overall this delightful, decidedly non-Dickensian tale of two cities was an unexpected triumph – up there with Chernobyl, The Virtues and Succession as the year’s best TV drama.”
Michael Hogan, The Telegraph

“The reason that I like this series better than the first is that mostly it doesn’t take itself as seriously and is played for laughs and absurdity, which, frankly, along with its inspired use of music, is the reason to keep watching. Happily, a sense of humour was restored this week.”
Carol Midgley, The Times

“Some viewers felt let down by. It had lost impetus, they said. It was drifting, leaning too much on the fantasy aesthetic of mid-century New York. Too sweet, too lazy, no political nous, not enough story. Well, I got bad news for ya. The third run of Maisel makes season two look like Line of Duty. It’s one pound of plot in an eight-pound bag.”
Jack Seale, The Guardian

“The problem with The Marvellous Mrs Maisel is that it looks so luscious. The production values are sky-high, the colour palette is dreamy, the costumes are beautiful (Those coats! Those hats!). But then you look beyond that to seek out the actual drama, and it’s like opening a shiny Quality Street wrapper to find nothing inside.”
Anita Singh, The Telegraph