“I’m no fan of Ramsay’s TV shows, but I think Food Stars was one of his better efforts” 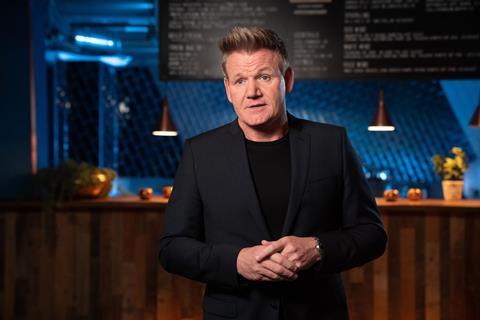 “I’m no fan of Ramsay’s TV shows, as regular readers will know, but I think Food Stars was one of his better efforts, even though it was formulaic, derivative and a shameless copy of The Apprentice. It hasn’t had the time to become as tired as The Apprentice, and the contestants were significantly less unpleasant — even Ramsay was often quite nice — so it felt gentler and fresher.”
Carol Midgley, The Times

“Perhaps the only thing that has stood out across this show’s run has been its complete shamelessness in stealing another programme’s clothes. FFS is so flattering in its imitation that it has even borrowed The Apprentice’s faults. What Future Food Stars lacks is The Apprentice’s understanding of casting and its boardroom panto. I found myself longing for some literal tearing out of that transplanted hair, or just a modicum of the rage that made Kitchen Nightmares a classic. Instead, FFS was just soggy blancmange bland.”
Anita Singh, The Telegraph

Art That Made Us, BBC2

“Art That Made Us has been a snazzy, ambitious and often surprising series, telling a 1,500-year history of Britain through the prism of art but rarely going for the obvious. This is much more like the sort of TV that the BBC should be making.”
Carol Midgley, The Times

“Night Sky is really three shows in one. It’s a love story about a devoted, ageing couple who are facing their last years together. It’s an intergalactic sci-fi mystery involving portals to other planets. And it’s an intercontinental thriller involving various secret societies with conflicting interests re: said portals. Despite this, it still feels constrained, never quite becoming the full-blooded X-Files-meets-Da-Vinci Code madness you want it to be.”
Lucy Mangan, The Guardian

“There are people who tune in to the show purely to gawp. But it is not a shamelessly prurient exercise. It serves an important public-service function. Because there will be viewers at home who suffer from embarrassing conditions; seeing these things discussed must go some way to removing the stigma, making the sufferers feel less alone, and hopefully encouraging them to seek medical treatment.”
Anita Singh, The Telegraph

“Greg Wallace has been replaced by Jordan Banjo, who joins co-presenter Chris Bavin in urging us to stop buying takeaways when we’ve already got a fridgeful of grub. Chris and Jordan had plenty of other tips on saving money and minimising waste for a lovely family in Glasgow, the Stirrats. When life gets tough, problems pile up — and inflation makes everything harder.”
Christopher Stevens, Daily Mail