Grantchester; The Hunt for a Killer; Vigil; When Ruby Wax Met; Mortimer and Whitehouse

“I wasn’t around in 1958, but I find it hard to believe that there was ever an Anglican clergyman in those days who looked so buff or so Brando-esque on a motorbike.” 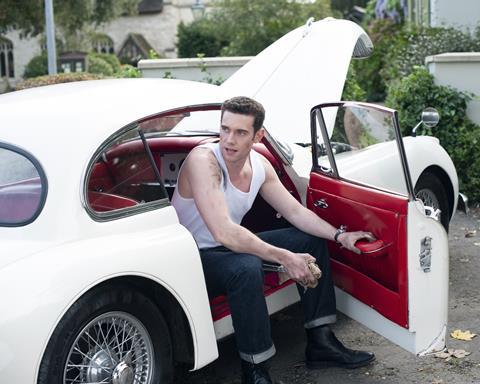 “I wasn’t around in 1958, but I find it hard to believe that there was ever an Anglican clergyman in those days who looked so buff or so Brando-esque on a motorbike. And yet, when he removed his helmet, Tom Brittney as the Rev Will Davenport looked capable of winning a hot priest-off with Fleabag’s Andrew Scott. But all this unremittingly heteronormative fluff was less interesting than the subplot simmering on the back burner. At last, Grantchester took off the rose-tinted glasses to show us what England in 1958 was really like.”
Stuart Jeffries, The Guardian

“As replacement for James Norton’s Sidney Chambers, Will fits the bill with his leather jacket and good looks. He didn’t seem very authentically 1950s though, and that was the problem with the show as a whole. It presents the Fifties through a modern lens. Still, taking it as inconsequential entertainment and it does the job.”
Anita Singh, The Telegraph

The Hunt for a Killer, BBC4

“With a scrupulous lack of sensationalism, The Hunt for a Killer dramatises a 15-year investigation into the 1989 murder of 10-year-old Helén Nilsson in Hörby, Sweden, over six compelling episodes. Director Mikael Marcimain’s coolly muted palette provides an appropriate visual to match this grimly dogged detective work, one that feels organic to the Swedish climate.”
Ellen E Jones, The Guardian

“It’s touted as the new Line of Duty and I can see likenesses in the grey/brown colour palette and the flapping red herrings being thrown from every direction. It certainly isn’t lazy. Yet when the main setting is this drab, the dialogue needs to sparkle. And too often it doesn’t. The dry-land stuff feels almost like a separate show. It’s fine to be pressure-cooker intense, but without the sexy, rug-pulling plot twists of Line of Duty, I’m finding the prospect of another episode a slight heart-sinker.”
Carol Midgley, The Times

“Three episodes in, and Vigil is picking up. Hurrah! If you’ve stuck with the drama this far, then you’ve decided to cast aside any worries about the implausibilities in the plot or the inauthentic portrayal of a submarine and its crew. The reward is a thriller that is finally coming together.”
Anita Singh, The Telegraph

“We are expected to believe Britain and the U.S. are on the verge of war, with American subs sinking our trawlers in the Irish Sea. Transatlantic relations broke down after a bunch of boozy British sailors on shore leave in Florida got too lively. What did they do to provoke Armageddon — nuke Miami? Walsh claims the submarine is about to go into nuclear meltdown. This drama already has.”
Christopher Stevens, Daily Mail

“The finale of When Ruby Wax Met … was splendid, one in which we saw writ large the delusion of the narcissist. Imelda Marcos singing at a piano in her living room while Wax openly mocked her personal photos of Saddam Hussein and Fidel Castro was just surreal. This series has been a fascinating pathology, with hindsight, of fame, including Wax’s. The surprise is that it has proved more interesting than when these interviews were shown the first time.”
Carol Midgley, The Times

“Four series in and it continues to be one of TV’s greatest pleasures to watch Whitehouse and Bob Mortimer, merrily yet gently – oh, so gently – enjoying fishing trips around the country. As ever, the silly voices, face-pulling and giggling were accompanied by poignant chats. These two can’t believe how lucky they are, and we’re just as lucky to be watching them.”
Rachel Sigee, The i