“It feels as fresh as the Leith rain” 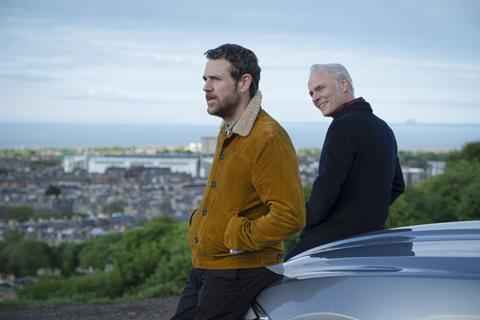 “I was in two minds after the first episode, which strayed a bit too far into slapstick for my taste, even if the farce was pitch-black. However, now it is into the main meat of the matter, with nearly every character not what they seem and a mock heroic slow-mo style, it feels as fresh as the Leith rain.”
Carol Midgley, The Times

“After 15 series of The Apprentice it must be hard to keep coming up with new ideas for tasks, which probably explains why so many are utterly piss-poor. Designing a roller-coaster was one of the better ones, if only because you hoped that going on the rides at Thorpe Park might make the appalling contestants throw up and stop talking for a minute.”
Carol Midgley, The Times

“Thankfully for the candidates, this week’s task did not require any general knowledge. They were designing a rollercoaster ride, the weakest Apprentice task to date because there was no jeopardy. It was won by the team behind ‘Insomnia’, the marketing campaign of which was essentially terrible but who at least had a decent concept.”
Anita Singh, The Telegraph

“Property programmes have always centred on the haves rather than the have-nots. But still, Old House, New Home feels out of touch – it seemed disinterested in making older houses more efficient and environmentally friendly, or in suggesting design hacks that don’t cost the earth.”
Barbara Speed, The i

“Co-presenter Emma Dabiri tried to add historical context by going out for a spot of rabbiting — with a sack of ferrets. That was an unnecessary distraction. What we wanted was to see a conservation expert swabbing gunge off a suspected Old Master with cotton wool. And we weren’t disappointed.”
Christopher Stevens, Daily Mail

The Devil Next Door, Netflix

“Although they used substantial amounts of footage of the witnesses’ testimonies and the appalling newsreel footage that came from inside the death and concentration camps, they did so in a way that avoided sensationalism or any sense of viewer manipulation.”
Lucy Mangan, The Guardian