“It all came perilously close to being smug” 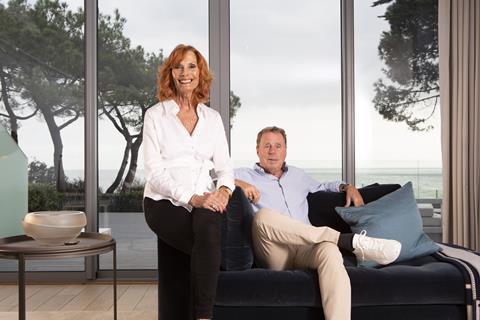 “We last saw Redknapp and his mates on telly a year ago in Harry’s Heroes: The Full English, I didn’t get to the end of the series. The same, I fear, will be true of Harry Redknapp’s Sandbanks Summer. Here Redknapp yucks it up with mates at his home in the most expensive corner of Britain and going to nearby tourist attractions. My respects to the makers of this show for wringing half an hour of serviceable telly from this lame premise.”
Stuart Jeffries, The Guardian

“Last night we had Harry Redknapp’s Sandbanks Summer, a four-parter that, on the evidence so far, mostly consists of telling us that Mr and Mrs Redknapp are lucky enough to live in a “millionaires’ playground”. I do get that Redknapp is a likeable, pure soul and people love him, but he should beware overkill. It all came perilously close to being smug.”
Carol Midgley, The Times

“The programme should really have been called Cilla: A Celebration. It was a warm-hearted journey through Cilla Black’s life, studded with home videos that had apparently lain forgotten in her house for years before her death in 2015. It all looked like tremendous fun. Her devoted friends, including Sir Cliff Richard, Paul O’Grady and Jimmy Tarbuck, painted a lovely portrait of a woman who was clearly fabulous company.”
Anita Singh, The Telegraph

“There was padding in Cilla: The Lost Tapes, but the new stuff, discovered by Cilla Black’s sons when they cleared out her house two years after her death in 2015, was not forgettable. It was mostly glamorous and charming, like a portal to an age when everyone looked stylish and very thin. Many of the talking heads were superfluous, except Paul O’Grady, who offered unique insights”
Carol Midgley, The Times

“In effect, though, this was just a standard documentary about Cilla’s life. But there’s no harm in that when the life was such fun and the talking heads so engaging, from Paul O’Grady recalling the racy Royal Variety Performance he did with a corseted Cilla in 2001, to friend Nigel Lythgoe squinting at a video of Cilla filmed by Simon Cowell and muttering: “I don’t remember this at all. I don’t remember Simon Cowell being that nice!” Black was on television so often that it was difficult to parse exactly what was new here.”
Barbara Speed, The i

“Jon Snow’s Very Hard Questions is being described as Channel 4’s answer to Only Connect, because of its difficult questions and clever contestants. Snow is no Victoria Coren Mitchell and struggled to shake off his newsreader sheen. The programme seemed more than the sum of its parts: there was something charming about the courteous Snow interacting with the uniformly polite, clever, calm contestants. A prim high five was about as aerated as anybody got.”
Barbara Speed, The i