Help; One Hundred Years Of Union; Sex Education; All Creatures Great and Small; The Morning Show

“It is rare that a TV drama manages to be agonising and compelling; unbearable yet utterly immersive” 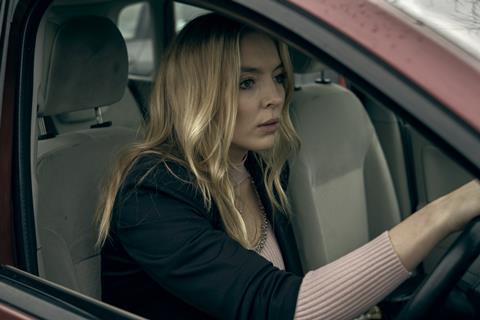 “Help, a one-off drama starring Jodie Comer and Stephen Graham and written by Jack Thorne, is set in a care home in 2020. Which is to say, in essence, a plague house. Even if not all the stratospherically high expectations roused by such a holy trinity of talent are quite met, it still provides in the first two thirds of its 90-minute run one of the most evocative and harrowing depictions of recent history we have yet seen.”
Lucy Mangan, The Guardian

“The title of Help (C4) was slightly misleading. For this was a gruelling lockdown drama in which much-needed help pointedly failed to arrive. Set in a care home in Liverpool as the pandemic takes hold, the screenplay is a rage against what happened in such homes last year, and probably a better tribute to the efforts of care workers than any amount of clapping on our doorsteps.”
Roland White, Daily Mail

“It is rare that a TV drama manages to be agonising and compelling; unbearable yet utterly immersive. Help was such a drama. Any government minister who has prattled on about the “protective ring” said to have been thrown around care homes during the pandemic should be tied to a chair and forced to watch the eviscerating scene in which Sarah (Jodie Comer) had to cope single-handedly overnight in a care home on a 20-hour shift as a dying resident gasped for breath.”
Carol Midgley, The Times

“Writer Jack Thorne (National Treasure, His Dark Materials) intended this feature-length drama to be a love letter to the care sector. He also wanted to make us angry about the way care-home residents were all but abandoned in the early part of the pandemic. He succeeded. It was a film brimming with humanity, delivering a work of social realism without sliding into Ken Loach miserabilism.”
Anita Singh, Telegraph

“Kielty, a former Catholic altar boy, has direct experience of the bad old days. His father, a builder, was murdered by loyalist gunmen because he refused to pay protection money. There was footage of young Patrick carrying his dad’s coffin on his shoulder. In one extraordinary encounter, Patrick helped an articulate young loyalist build one of the area’s famous bonfires, set alight each July 12 in celebration of the Battle of the Boyne. Later, they were joined by a former loyalist paramilitary commander who is now a community worker. Which meant that Patrick was talking comfortably to a man from the organisation that murdered his father.”
Roland White, Daily Mail

“The travails and trauma of later-life relationships and parenting are as carefully crafted as the jokes. In the same way, Sex Education takes what could be issue-led box ticking – LGBTQ relationships, gender identity and, yes, sex education – and gives them as much weight as the usual high school tropes of finding out who you are and where you fit in. What holds it all together is a real sense that as funny as all this is to the observer, when you’re at that age, in that place, it all feels titanically important. And that’s why good teen dramas – and this is a very good teen drama - are often the ones you remember the most.”
Benji Wilson, Telegraph

“The series covers a lot of ground – as well as the emotional and hormonal journeys we also see how disability and poverty hamper people’s ability to use their talents and intelligence to the full, the importance of heritage and racial identity and the difficulties of navigating so many streams as they cross, and much more. Still, it’s hard to avoid reluctantly crossing out the A* and giving this term’s effort a B+.”
Lucy Mangan, The Guardian

“There are few dramas these days that could be described as gentle. This proves that gentleness doesn’t have to be dull. It is a delight. The bite is supplied by Siegfried, who is a softie underneath but gets the best lines: “If you have a point, Mrs Hall, I’d rather you got on and stabbed me with it.””
Anita Singh, Telegraph

“Much like season one, The Morning Show’s second year takes a while to get going. Its first episode basks in some of the show’s worst impulses, characters speaking in overwritten monologues and Witherspoon struggling to play a character who swears and shouts a lot but still doesn’t feel real. Later episodes, though, feel smoother, as if the show has made an attempt to improve on its earlier mistakes.”
Adam White, Independent

“A hugely competent, fantastic-looking, remarkably well-made and well-acted and well-written fiction… about which I find it very hard to give a flying fig.”
Benji Wilson, Telegraph