Hidden Britain By Drone; Angela Carter: Of Wolves and Women; Travels in Trumpland; Unforgotten; Flying Across Britain with Arthur Williams 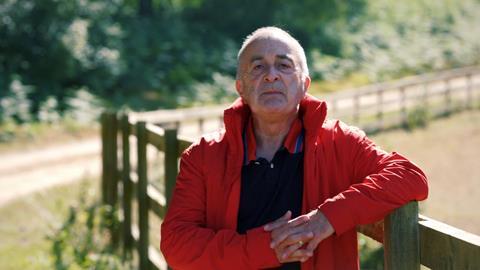 “Too much time was spent explaining why we ought to be excited by what, all told, were some pretty prosaic surveys. [Tony] Robinson did his best, but this involved some heavy lifting when those destinations included an Argos distribution warehouse, a dreary stately home and the upgrading of Bank Underground station, which was tautologically dubbed “a hidden tunnelling project” in a bid to muster some tension.”
Gabriel Tate, The Independent

“More time on fewer sites would be my advice for future programmes. But even if they don’t take it, Hidden Britain still has an asset more valuable than all of its hi-tech kit – Robinson, who even after umpteen such presenting gigs still has the hobbyist down the pub’s boyish delight in heading off and finding stuff out.”
Jeff Robson, The i

“First it’s the hidden bits of Britain, then it’s drones flying over the footpaths and ancient monuments, doing it all in half the time it takes Tony, and never needing to stop for lunch. He (or rather I) needn’t have worried, because if anything’s surplus to requirement in this new series, it’s the drones.”
Matt Baylis, Daily Express

“Jude Ho’s documentary brought Carter and her work magnificently to life at a time when her oeuvre, powerfully feminist, defiantly socialist and utterly individual, feels more relevant than ever.”
Gabriel Tate, The Independent

“There were many moments that lingered in the mind. Almost all were provided by Carter herself, speaking in tones no less waspish for being delivered three or more decades ago.”
Gerard O’Donovan, The Telegraph

“The sly grin on the face of the Louisiana cop said it all. He’d just Tasered former Labour MP Ed Balls on the backside … and he’d hit where he was aiming. Many of us have wanted to administer a hefty boot to the backside of a politician. But it took courage for Ed to volunteer for ‘a five-second ride with the lightning,’ as the deputy sheriff called it.”
Christopher Stevens, Daily Mail

“The surest sign a drama series is firing on all cylinders is when the pace doesn’t drop off in the middle episodes but rushes on with a keen sense that a jaw-dropping finale is fast approaching. So it was with the fourth episode of Chris Lang’s addictive six-parter, which toyed fiendishly with our suspicions and emotions before finishing on a note so unexpected and horrifying that it seemed certain to reverberate through to the end of the series.”
Gerard O’Donovan, The Telegraph

“Williams makes for an engaging and enthusiastic guide to this strange little world. As long as I don’t have to ride in the back seat, I am very happy in his company.”
Tim Dowling, The Guardian