His Dark Materials; The Disappearance of Susan Cox Powell

“It’s perfect entertainment for a Sunday night in autumn.” 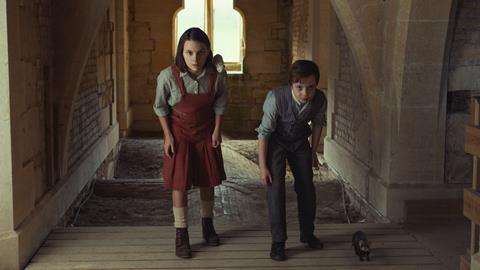 “A gorgeously-realised drama that – almost – does justice to the source material. It’s perfect entertainment for a Sunday night in autumn.”
Anita Singh, The Telegraph

“There is time and space to do the books justice and the first episode, in all its steampunkish glory, gave every sign that the potential is to be realised. Whatever flaws may develop as the eight episodes unfold, the show has vehemently eschewed repeating those of the dismal 2007 film.”
Lucy Mangan, The Guardian

“The story has been beloved by literary Lefties since its first publication in 1995 because of its intense atheism. This retelling is inspired more by the fantastic world, with its airships, Arctic adventurers and invisible cities shimmering behind the Northern Lights. It looks ravishing, and the cast are terrific.”
Christopher Stevens, Daily Mail

“By combining the joy of being a child with the heaviness of that child having a destiny to fulfil, the BBC’s TV series achieves exactly what the earlier movie failed to do - it lives up to its spectacular source material.”
Jeff Robson, The i

“There is no shortage of true-crime documentaries on the schedules. But Sky Crime is already making its presence felt. And The Disappearance of Susan Cox Powell was a particularly in-depth analysis of a particularly tragic case.”
Jeff Robson, The i