“It is what you might expect of a version of Ireland conceived by Graham Norton: colourful, funny, warm, and only intermittently acerbic” 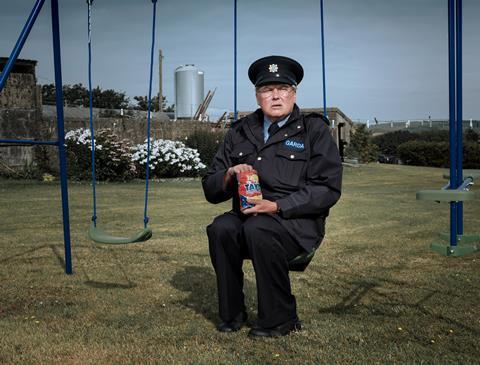 “It neatly avoids cliche and Oirishness. It has genuine charm, which is to say it is suffused with wit, warmth and compassion. Perhaps because it is a drama centred on people who are middle-aged and above – the mistakes they have made, the things they have hidden over a lifetime and the warping that has happened around them – it feels real and has an undertow of melancholy, if not outright sadness. There is an absolutely wonderful sex scene in episode two that sums up exactly what I mean and marks this out as a hidden gem.”
Lucy Mangan, The Guardian

“I don’t know how faithful it is to the original, but Graham Norton’s characters are so well drawn and the set-up so escapist and ‘other’ to present, hideous world events that I already wish it was more than four episodes. It is like a hybrid of Father Ted and Vera, although sadly Norton himself isn’t in it, not even in a cameo. More’s the pity. There is a gently sinister air, offset by dialogue that is funny without trying too hard to be so. It would be very easy to make this a dramedy in which many of these people were simple figures of fun, but Dominic Treadwell-Collins and Karen Cogan, who share writing duties, manage to convey real humanity.”
Carol Midgley, The Times

“When I eventually caught on to who was who and what was what, I found the whole thing quite charming. There is eccentricity here but Norton is also keen to show that modern life has touched this corner of West Cork. There is racial diversity, a gay woman planning her escape to San Francisco, and the odd bit of salty language. Together with director Kathy Burke, Norton ensures that we don’t stray too far down the path of whimsy.”
Anita Singh, The Telegraph

“Norton imagines a lively little seaside town, thronging with feuds and secrets. It took a fair while for us to meet all the characters and, for the first half hour, the biggest mystery was not the murder but simply trying to piece together all the varied relationships. With so much going on, I was grateful for the many moments when nothing was actually happening… just characters sitting outside the pub having a contemplative ciggie or staring from the clifftops like bloated Poldarks.”
Christopher Stevens, Daily Mail

“Holding is a modern vision of rural Ireland, bringing together a diverse cast and showing issues like gay marriage from a broadly inclusive perspective. It is what you might expect of a version of Ireland conceived by Graham Norton: colourful, funny, warm, and only intermittently acerbic.”
Nick Hilton, The Independent

“Afternoon TV quizzes come and go but this one could be a keeper. It’s a genial addition to the afternoon schedule and passes two tests: the format is easy to grasp, and the questions are pitched at just the right level, which is to say that they’re not too tricky yet cover a sufficiently wide range of general knowledge and pop culture topics to include some that you’ll probably have to guess.”
Anita Singh, The Telegraph