“Felt far too white and incomplete, the focus on the investigation meaning that we had little sense of the world in which Banaz and her sisters were raised” 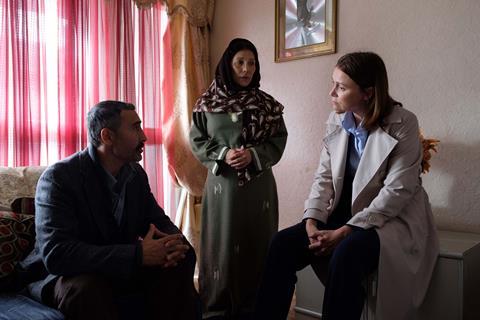 “Hughes’ writing is a masterclass in showing rather than telling. The interviews with Banaz’s family are, unfortunately, less convincing. Too rushed. Too undelineated. Still, Honour possesses a quiet authenticity that comes partly from Keeley Hawes – her performance is a study in controlled anguish – and partly from the way it was brought to television.”
Chitra Ramaswamy, The Guardian

“We heard in great detail what happened to Banaz but learned nothing about her as a person. It was a glaring and disrespectful omission; a victim allowed no agency in life, here reduced to a bit part in a star vehicle for Keeley Hawes. These issues aside, the drama shone a light both on the failures to save Banaz and on the shocking subjugation of women within some immigrant communities.”
Anita Singh, The Telegraph

“Hughes’s script did drag you in, helped by Hawes, rightly furious at how a young woman was repeatedly let down and ignored by those who should have protected her. But for all Hughes’s respect for the material, and for all the sensitivity of the performances, Honour still felt far too white and incomplete, the focus on the investigation meaning that we had little sense of the world in which Banaz and her sisters were raised.”
Sarah Hughes, The i

“Gwyneth Hughes’s two-part dramatisation veers from methodical reconstruction to cop-shop clichés. Keeley has to strike a balance between the dialogue, straight out of a detective novel, and the plot, which often feels like a crime report. But, by the end of the hour, she’d succeeded in making us believe that nothing in her career could ever matter as much as finding justice for Banaz.”
Christopher Stevens, Daily Mail

“The power and momentum of Gwyneth Hughes’s drama rested in the emotional shocks that such human depravity instinctively provokes. If so-called white saviour syndrome is what makes anyone angry watching this, some self-reflection may be required.”
Ben Dowell, The Times

“Freddie Flintoff: Living with Bulimia was an unflinchingly personal documentary which found Flintoff examining his eating disorder for the first time. He often seemed uncomfortable talking about it at all. The fact that he was doing so on national TV was to be hugely admired. This was important, stigma-busting TV, giving a powerful public voice to a much-misunderstood condition.”
Michael Hogan, The Telegraph

“Andrew ‘Freddie’ Flintoff’s film about the bulimia that dominates his life was breathtakingly honest and frequently hard-to-watch. Not everyone will have appreciated his admission that he still occasionally enjoyed the feeling purging gave him. Yet that grim reality is important: the point of a film such as this is to lay bare exactly what living in the grip of such a disorder can mean.”
Sarah Hughes, The i

“Film-maker Chris Wilson did a thorough job and was good at eliciting details from his subjects, such as the detective recalling the eerie atmosphere of a pre-dawn exhumation, but there was a touch of the me, myself and I school of documentary-making. Still, his focus on the victims rather than Shipman was a welcome decision.”
Anita Singh, The Telegraph

“Filmmaker Chris Wilson narrates the three-parter with a flourishing turn of phrase. So far, Wilson has not attempted to blame the authorities for failing to stop Shipman decades earlier. Still, this was not a night of TV that senior police will have relished.”
Christopher Stevens, Daily Mail

“The Shipman Files is a rather lacklustre examination of a fascinating, though grim, story. While it succeeded well enough in telling the story, The Shipman Files played out more like an extended news report than a focused documentary, Wilson’s questioning voiceover giving way to exposition rather than leading viewers to their own realisations.”
Emily Baker, The i