Horizon: How to Build a Time Machine; The Rise and Fall of Nokia 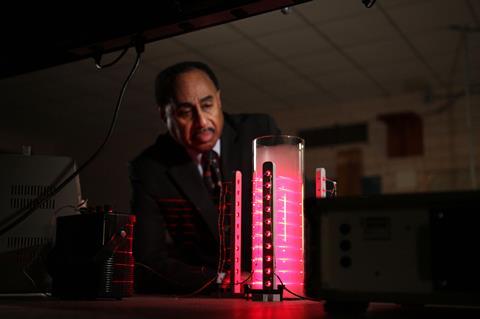 Horizon: How to Build a Time Machine, BBC2

“While categorically failing to deliver on its promising home instruction-style title, it did make a good game of building up hopes about the latest in space-time physics — only to knock them down again. But then we know time travel couldn’t ever happen, right.”
James Jackson, The Times

“For a science documentary, this was ridiculously light on real science. We saw a lot of blackboards covered with scrawled equations, the mumbo-jumbo of physics, but nothing that bore any scrutiny. It was depressing to see how many amazingly intelligent people were completely wasting their careers and funding.”
Christopher Stevens, Daily Mail

The Rise and Fall of Nokia, BBC4

“Now, you might think that a film, in Finnish with subtitles, in which a bunch of suits and techies, blokes (almost exclusively) called Matti, Ilpo, Jorma, Mika and Ove talk about SRP202s and NMT900s and reminisce in a rather self-congratulatory manner about how they came to rule the world, would have limited appeal, unless you were looking for some kind of motivational business experience. But you would be wrong. This was not just a business story, but a morality tale for late-era capitalism.”
Sam Wollaston, The Guardian

“The Rise And Fall Of Nokia told how the inventive Finns came up with portable phones, text messages, ringtones, game apps, wifi and touchscreens, mostly while relaxing in the sauna. All this was explained, unfortunately, in Finnish, with a great deal of jargon. An hour of subtitles about ‘media saturation’ and ‘concurrent engineering processes’ is really dull.”
Christopher Stevens, Daily Mail

“As well as telling a predictable story, large tracts of last night’s documentary were like the Arctic forests, dense and hard to navigate. A parade of businesspeople discussing things like market strategy and management structure in Finnish does not make for great film-making, neither for the audience’s eyes nor its ears.”
Matt Baylis, Daily Express

“The Rise and Fall of Nokia felt sharply relevant to our ruthlessly competitive tech era, even if it was the usual tale of the perils of hubris.”
James Jackson, The Times