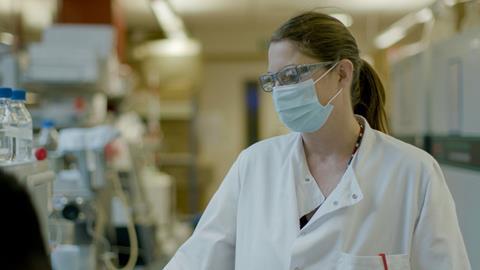 “The wonder of it, the harnessing of intellectual might, the logistics, the commitment necessary to condense into months what could easily have taken a decade was all powerfully evoked by Horizon’s 90-minute film. Plus, it did all that without getting in the way of the science, the facts or the story itself. Horizon’s expertise in making experts comprehensible and concepts accessible was never better deployed.”
Lucy Mangan, The Guardian

“It is 81 years since Winston Churchill said: ‘Never in the field of human conflict was so much owed by so many to so few.’ Having watched the BBC’s 90-minute Horizon Specia it feels appropriate to invoke those words again. If you weren’t moved by the human endeavour on display here, the brilliance, yet, unfailingly, the modesty, you must have a brick for a heart. Or be an anti-vaxxer.”
Carol Midgley, The Times

“Being the Horizon strand, there was a lot of science in this 90-minute programme, by way of diagrams and a voice-over which tried to give us the information as simply as possible. There was talk of sequencing, spikes and viral vectors. But all of it was humanised when the film introduced us to the individual scientists. Moderna, Pfizer, AstraZeneca – all have become household names. The documentary helped to put faces to those names, and reminded us of the phenomenal work that went into creating the vaccines.”
Anita Singh, The Telegraph

“The medical minutiae in Horizon Special: The Vaccine used to be the stuff of high-level Open University lectures. Now we’re all conversant with the differences between messenger RNA and viral vectors for triggering antibody responses. This 90-minute film, charting the race by drugs researchers around the world to develop a defence against the Covid-19 virus, showed us the human side of science.”
Christopher Stevens, Daily Mail

“The show has achieved an ideal balance, showcasing the contestants’ sewing skills without overwhelming us with detail. But if you just want to indulge in an hour of gently camp comedy, you can enjoy host Joe Lycett, who doesn’t pretend to have the first clue about sewing… but had great fun trying to make Patrick giggle by saying ‘lovely, even flanges’.”
Christopher Stevens, Daily Mail

“The judges, tailor Patrick Grant and designer Esme Young, are a brilliant combo. Joe Lycett does a fine job of being silly in a corner. And the contestants were wide-eyed and keen, but also relaxed enough to laugh at themselves and take criticism on the chin. The unanimous chicness did leave me yearning slightly for a sewer without a mainstream, youthful approach to fashion, but they were all so charming it was hard to care.”
Barbara Speed, The i