Horizon: The Restaurant that Burns Off Calories; Celebrity SAS: Who Dares Wins; Cooked with Cannabis

“An elaborate stunt to jazz up a report on the science of calories.”

Horizon: The Restaurant that Burns Off Calories, BBC2 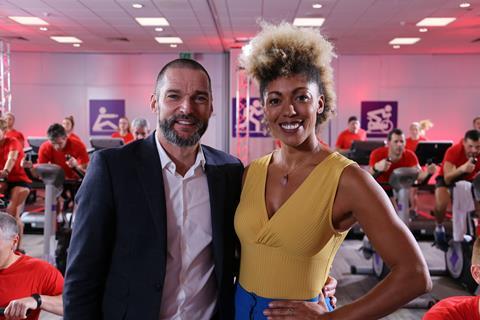 “This was based on a Loughborough University study which found that when menus showed how much exercise is required to burn off the calories in dishes, people chose to eat less. Turning that into a television concept isn’t easy, hence this gimmicky show presented by silky TV maitre d’ Fred Sirieux and TV doctor Zoe Williams.”
Anita Singh, The Telegraph

“This was a Horizon that used an elaborate stunt to jazz up a report on the science of calories. Apart from also exploring the latest findings about genetic influences in the obesity crisis, the main takeaway from all of this was a call to include calorie numbers next to each item on menus — please no! — or even the bright idea of restaurants including exercise bikes for you to work off your dinner afterwards.”
James Jackson, The Times

“What a shame that some good, nuanced messages about eating had to be dressed up in such a nonsensical – and potentially dangerous – concept.”
Barbara Speed, The i

“The stated aim of the show is to strip away the trappings of fame and break down the celebrities’ egos. The grand irony here is that the strutting chief instructor is Ant Middleton, a man of no small ego himself.”
Anita Singh, The Telegraph

“The show’s sadism is mitigated by Middleton and co’s unique version of therapy sessions… although I’m not sure how effective the sessions really are given that each recruit is brought in with a black bag on their head, the therapy conducted in the style of a Gestapo interrogation.”
James Jackson, The Times

“Celebrity versions of reality programmes usually dial the stakes right down, especially when it’s all for charity. Not so here. The twist in episode one was that the trainers, including Ant Middleton, Jason Fox and Ollie Ollerton, turned out to be such good interrogators that we witnessed some of the best celebrity interviewers this side of Prince Andrew-gate. Middleton, with his ever-present scowl, leant into the task with particular relish.”
Barbara Speed, The i

“TV competitions are inherently stressful. On Cooked With Cannabis, most of the people on screen are so laid-back that they seem close to falling over. Even the hosts – Kelis, who is a classically trained chef, and a man called Leather Storrs – are calm and happy… I watched Cooked With Cannabis with nothing but a coffee and its easy charms made me laugh more than I had in days.”
Rebecca Nicholson, The Guardian