“It creates emotional engagement without indulging in sentimentality or manipulation” 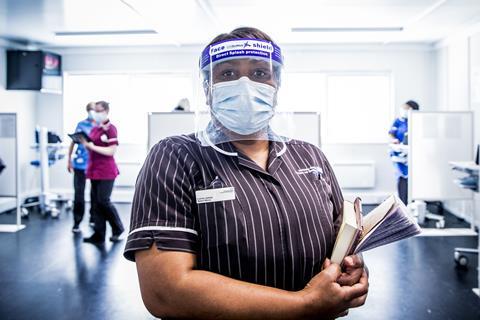 “Hospital can feel like a campaign for the NHS and the pressures it faces. This is not a bad thing as the frustrations of many people awaiting operations grow more profound. And showing their own sense of priorities, the programme-makers didn’t yield to the kind of emotionalism you might expect of such a series.”
James Jackson, The Times

“It creates emotional engagement without indulging in sentimentality or manipulation (editing, before you object, is allowed in television programmes). It has maintained its integrity throughout its previous six seasons and it shows no sign of flagging, even as the stakes become higher and – because of the long-term, invisibly pressured nature of them – less dramatic.”
Lucy Mangan, The Guardian

“Then came a scene that bordered on unwatchable as a nurse called his family and advised that they come in and say their goodbyes. There was a feeling of intruding on an intensely private moment of grief as the narrator revealed that David had died during the night.”
Ed Power, The i

“It was like a radio contest on a classic hits station, the ones where you have to pick up the phone and greet Tony Blackburn with today’s poptastic catchphrase to win a holiday. In this case, the prize was a chance to live.”
Christopher Stevens, Daily Mail

“It’s a testament to Jenkins’s unflinching storytelling that the series never comes off as didactic or exploitative; the most painful scenes read instead as a depiction of a country’s history, and a powerful acknowledgment of fact.”
Clémence Michallon, The Independent

“Ewan McGregor is hugely enjoyable and compelling as Halston, a man creating himself in his own image, which is good news because he’s in pretty much every scene of the five-episode series.”
Kevin E G Perry, The Independent