Hotel Portofino; Survivors: Portraits of the Holocaust; The Afterparty 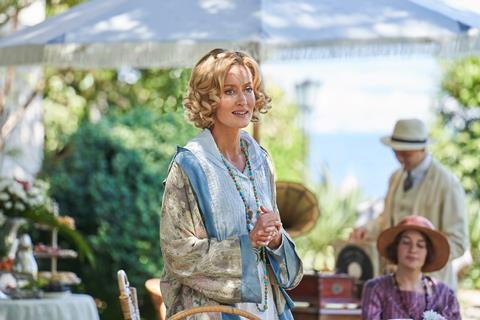 “Like a perfect gin cocktail, the recipe for a blissful romantic costume drama, as laid down by Ismail Merchant and James Ivory in the 1980s, is quite simple. Hotel Portofino follows this recipe faithfully. The only element missing is opera — there should be Puccini. The tone is light and comic, with hints of cosy mystery. Britbox bosses must be hoping Hotel Portofino will fill the gap left by The Durrells. It has the same Mediterranean charm, with goats in the marketplace and gap-toothed grannies selling fruit from baskets.”
Christopher Stevens, Daily Mail

“It is a drama serial which draws so heavily from The Durrells and Downton Abbey that it could have been assembled from an ITV kit, although it is a pale imitation of both. The cast know full well how unsubtle it all is, and aren’t taking it very seriously, judging by the way their period-appropriate accents come and go. It’s all as hammy as a hunk of prosciutto. Oh, how gorgeous it all looks, though. This is the real selling point of Hotel Portofino. Cerulean skies, turquoise sea – watching it is almost a holiday in itself. If only the script were as delightful as the surroundings.”
Anita Singh, The Telegraph

Survivors: Portraits of the Holocaust, BBC2

“Survivors: Portraits of the Holocaust was a fresh way to hear their stories, the likenesses slowly taking shape as the artists focused on something personally significant, such as Lily Ebert’s small piece of gold on a chain that survived Auschwitz. The horror, even though now familiar, never fades even fractionally. But neither does these heroes’ astounding positivity, given what they have suffered. It is the spirit of these remarkable people that made this not an entirely depressing hour but ultimately a life-affirming one.”
Carol Midgley, The Times

“If you were able to watch Survivors: Portraits of the Holocaust without weeping, you are a sturdier person than I am. The stories they told, of being separated from their parents and witnessing endless horrors, were almost unimaginable.”
Anita Singh, The Telegraph

“It is all classy to a fault, but for all of its smart ideas, it doesn’t quite ignite. Each episode is an impressive achievement, in that it looks like a lot of work went into it, but I was left admiring that work, rather than immersed in the story. With all those stars, and the ability to borrow from every genre, it should zip along. Instead, it chooses to meander. This is enjoyable, steady, perfectly fine. But it is also classic prestige streaming service television, in that it is a little overdone, a little overlong and lacking the touch of ruthlessness that would have made it excellent.”
Rebecca Nicholson, The Guardian