How to Break into the Elite; Love Island; Dispatches: Young British and Depressed; Who Do You Think You Are?

”Astute and depressing because it confirmed what I imagine many already suspected.”

How to Break into the Elite, BBC2 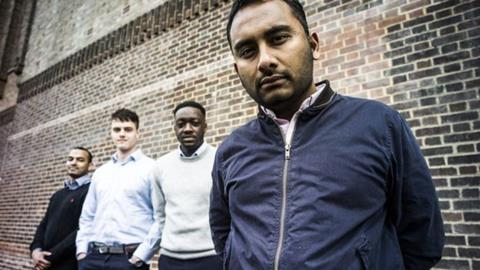 “Astute and depressing because it confirmed what I imagine many already suspected. When the presenter, Amol Rajan, mentioned these soft skills and the ‘rules of the game’ that are needed to leap the moat, I expect pens clicked across the nation. Some, said the chief executive of Channel 4 — which is ‘even posher’ than the BBC, with just 9% of its staff working class — are obvious, such as having wealthy parents and/or somewhere to stay in London so you can do the internships to put you in the starting blocks.”
Carol Midgely, The Times

“This well-researched film was replete with myth-busting stats. True meritocracies were rare, while education wasn’t nearly as transformative as idealists might hope… Did it tell us much that we didn’t know? Probably not. Was it a sobering rejoinder to notions of social mobility? Most certainly. In that regard, Rajan smashed it.”
Michael Hogan, The Telegraph

“This film used playful graphics and Rajan’s hyper-casual commentary – ‘Jeez, man’, a master of that ‘studied informality’ – to give this a cheeky tone that belied its lingering message, an indictment of systematic classism with no solution for those it excludes. ’Fake it til you make it’ might be the only, desperate, option.”
Sarah Carson, The i

“In the end there were no human rabbits hopping filthily into hell and upsetting Ofcom. The Love Island live final, mindful of a growing and lucrative franchise - it will go twice yearly soon - turned its back on pornography and chose, instead, to match itself to a Richard Clayderman song.”

“A grim and unsurprising portrait of the state of affairs for our young adults. Led by psychologist Sanah Ahsan, this impressively condensed a staggering number of statistics, in-depth research, personal testimony and brutal, pertinent questions into a short programme. What it failed to do, like many doctors, and politicians, was propose any viable solutions.”

Sarah Carson, The i

“I don’t always enjoy Who Do You Think You Are?, often finding it a self-indulgent, me-me-me-fest from some actor who imagines we care that his five-times great-grandfather was called Brian. But Naomie Harris’s personal ancestry narrated the bigger, tragic picture of history. She was unsurprised to find that her Caribbean ancestors had been slaves, probably taken from Nigeria, but she had not expected her four-times paternal great-grandfather to be an “overseer” who meted out their punishments.”