How to Catch a Cat Killer; Ms Marvel; Reel Britannia

“Being a cat parent myself, I found it very moving, and enraging” 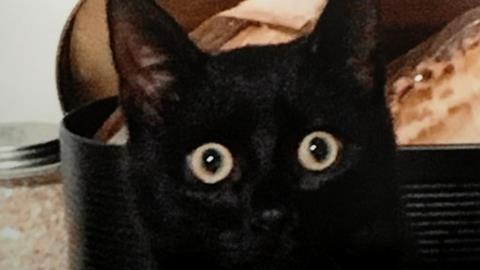 How to Catch a Cat Killer, ITV

“I approached How to Catch a Cat Killer gingerly, lest it included gruesome footage of mutilated mogs. But Carly Aston’s film spared us most of the grisly handiwork of the ‘Brighton cat killer’ and showed instead, with interviews with his ‘cat parent’ victims, how the community helped to catch him. Being a cat parent myself, I found it very moving, and enraging.”
Carol Midgley, The Times

“One of the seminal Netflix documentaries, if we can call it that, was Don’t F–k With Cats. Thankfully, How to Catch a Cat Killer was a far more measured documentary about a spate of attacks on pets in Brighton. There were little nods to the Netflix show here and there, from the dramatic music to the interviews with a group of women who launched their own hunt for the suspect. But it was much more of a standard British documentary following a police investigation. It was all tied up neatly as a police procedural, complete with forensic evidence.”
Anita Singh, The Telegraph

“Far from reassuring pet lovers that anyone cruel and stupid enough to harm our animals will be swiftly arrested, it has convinced me that the police will try to ignore crimes like these even when the evidence becomes overwhelming. The film tried to end on an upbeat note, with the story of a cat called Gideon who survived a knife attack. But the grim truth is that most attacks on pets will be dismissed or explained away by police who just aren’t interested.”
Christopher Stevens, Daily Mail

“How to Catch a Cat Killer gave us felines and real crime together – ratings catnip, surely. Having covered most of the angles, the documentary even managed to serve up a happy ending – Gideon making a full recovery and Hendrix’s owners now hosting a new moggie. But why cats, I couldn’t help wondering? Does their prowling habit and approachability to strangers make them an easy target for sickos? Indeed, there is another documentary to be made, this one about what actually drives people like Bouquet to kill helpless small animals.”
Gerard Gilbert, The i

“Only two episodes have been released for review, but they are glorious. Although it will probably get swallowed up in the deeper joy and wider significance of seeing a Muslim character come to life, I just want to note how absolutely wonderful it is to see an accurate, loving and untrammelled depiction of passionate female fandom, so often derided or ignored while boy geeks get to inherit the world. The whole thing is full of charm (love the graffiti that animates as Kamala and her ever-active imagination walk past), wit, warmth, brio and truth. It’s just – yes, I’m afraid I’m going to – it’s just Marvel-ous.”
Lucy Mangan, The Guardian

“In some ways Ms Marvel follows a familiar superhero narrative (awkward misfit discovers cosmic powers), but in others it doesn’t. It’s also a coming-of-age high school rom-com that weaves in observations about the 1947 partition of India. So, as you can see, it’s quite unusual. The first episode is slow to reveal its hand, spending much time establishing Kamala as the sort of kid who lives in her head, making drawings of and podcasts about her superheroes, who spring to life from the graffiti on the walls. But once it has established itself, it is a joyous, zippy creation.”
Carol Midgley, The Times

“I’m not here to review good intentions – indeed, Marvel is such a rampantly commercial enterprise that there are doubtless cynical motives at play here – but it’s refreshing to see such commitment to creatives of South Asian origin leading a high-profile project. The creative influences are far more Michel Gondry and Edgar Wright than anything from South Asian film, but the whole thing is infused with a deep love of South Asian culture all the same. Older viewers will likely struggle to get much out of the very teenage stakes of the show. But bright, brash and bold, Ms Marvel is another tolerable entry in the studio’s ever-expanding roster of TV spin-offs.”
Nick Hilton, The Independent

“This was a reasonably entertaining canter through Sixties cinema. The show was made in association with the British Film Institute, and the BFI link meant that the talking heads were the real deal: Mike Leigh, David Puttnam, Terence Davies, Ken Loach. It was essentially a stitching together of clips, informative but frustratingly brief. Still, it was a handy reminder of films to watch the next time you have a couple of hours to spare.”
Anita Singh, The Telegraph