How to Lose Weight Well; Cheetah Family and Me; Winter Walks; South Africa With Gregg Wallace 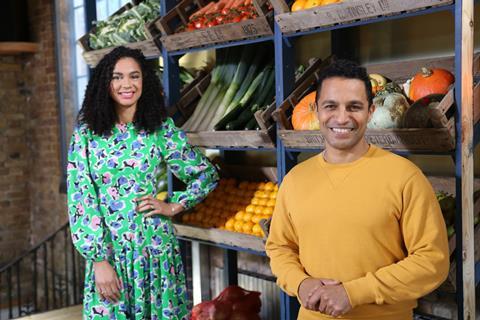 How to Lose Weight Well, Channel 4

“January 2021 is no time for such nonsense. Nights are long, hospitals full, opportunities for delight minimal. What we need is what we can’t have, namely waiters queuing at our table with dessert trolleys, cheese trolleys and glasses of lovely drinks. What we get is what we always get: forced atonement for our presumed Christmas excesses, TV punishment beatings from those who have brilliantly found means of monetising our seasonal guilt while looking insufferably smug.”
Stuart Jeffries, The Guardian

Cheetah Family and Me, BBC1

“Gordon Buchanan investigated and conveyed to us with all his usual soft-spoken clarity. Naturally enough, though, the programme was at his best when he simply plonked down his camera to watch the cats, a reminder of David Attenborough’s skill of getting up close and personal with wildlife in the days before he became a prophet of doom.”
James Jackson, The Times

“Because he is willing to live alongside the animals he studies for months at a time, Gordon’s series are uniquely revealing. This two-part documentary is bleaker than most. The prospect for these beautiful cats is grim. That makes his images of their sleek grandeur, and the delightful cuteness of their fluffy cubs, all the more valuable.”
Christopher Stevens, Daily Mail

“It was a glorious half-hour of quietude. Lemn Sissay’s ramblings, as he rambled through limestone fells, added a lyrical beat to the standard Alfred Wainwright-style observations. You could only conclude that there should be one of these every night — as mandatory viewing — until this bleak midwinter lockdown is over.”
James Jackson, The Times

“South Africa With Gregg Wallace proved, to nobody’s surprise, that the former greengrocer is more at ease in a studio than a tent in the wilderness. He emerged, after the first night of his life spent under canvas, looking wrinkled and dented, like a boiled egg that has been hit with a spoon.”
Christopher Stevens, Daily Mail