How to Stay Out of Jail; Royal History’s Biggest Fibs with Lucy Worsley; The Split 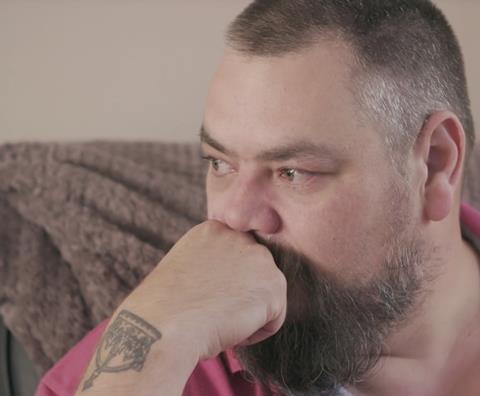 How to Stay Out of Jail, Channel 4

“What’s the opposite of a trigger warning? Whatever it is, Channel 4’s documentary How to Stay Out of Jail needs one. At long last, it will irrigate your spirit with something other than tears of despair.”
Lucy Mangan, The Guardian

“John, brought in at the programme’s start after hitting his young son with a leather belt, was stammering with shame and terrified he would be stopped from working with the Cub Scouts. By the close he was making friends, bonding with his son and facing up to his severe depression.”
Ben Dowell, The Times

“Jemma Gander’s sensitively-observed film – the lens was so close-in that focus would shift restlessly between a mouth or a nose or a cheekbone – gazed revealingly on the offenders and the case officers who work closely with them. Gander found a tangle of emotional issues crying out for a sympathetic ear.”
Adam Sweeting, The i

“Lucy Worsley has a peculiar and slightly skittish fondness for the dressing-up box that had her begin last night’s opener by donning a brown monk’s habit and hammering nails into a church door. Later she sat before a Tudor mirror as a malformed Anne Boleyn with a fang and warts. It’s all very jolly and sporting.”
Ben Dowell, The Times

“Perhaps somebody has had a quiet word with Lucy Worsley. In the first episode of her three-part series she did hardly did any of her irritating dressing-up. Worsley couldn’t resist comparing the Reformation to Brexit, and found a professor who agreed with her, but it’s a glib and simplistic notion. Still, I suppose it made a tasty bit of clickbait for a populist show.”
Adam Sweeting, The i

“Historian Lucy Worsley was intent on proving that British muddle-headedness about Europe went all the way back to the original Leaver, Henry VIII. The documentary was at its most interesting when it stuck to straightforward history — such as the story of secret Catholic Humphrey Pakington, who commissioned carpenter Nicholas Owen to install hidey-holes around his home.”
Christopher Stevens, Daily Mail

“The Split is described as a guilty pleasure. A guilty frustration might be more apt. This divorce drama, which has noticeably dipped in quality for this second series, is rapidly becoming divorced from reality.”
Michael Hogan, The Telegraph

“In this divorce drama where every man is a different flavour of nasty. Writer Abi Morgan creates great characters, such as Hannah’s mother Ruth — always smiling and never meaning it. Donna Air is good, too, as Richie’s scared wife, plucking up the courage to leave him. But why does every bloke have to be so beastly.”
Christopher Stevens, Daily Mail