I Am Nicola; Planespotting Live; How the Middle Class Ruined Britain; The Great Hack

“A rare, beautifully realised piece about an underexamined, ugly phenomenon” 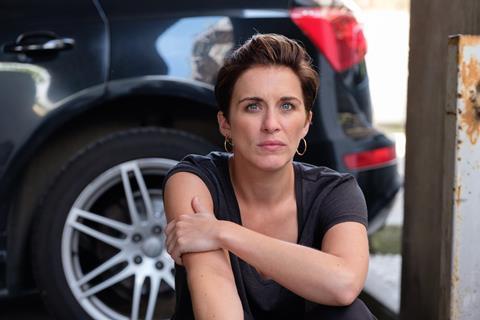 I Am Nicola, Channel 4

“A rare, beautifully realised piece about an underexamined, ugly phenomenon. There isn’t much in the way of plot. This is, above all, a mood piece. As with life, there is no dramatic or Damascene moment for Nicola – just a cumulative pressure, a coded message from a friend, a gradual admission that the scales of happiness are unignorably tipped.”
Lucy Mangan, The Guardian

“Both leads were mesmerising, and were supported in a tense barbecue scene, poised to erupt in violence, by Sam Spruell and Leanne Best. Savage is prepared to take risks in our attention-deficit culture by stripping everything back to such stark, naked interactions between individuals. He’s swimming against the tide and he deserves huge credit. I Am Nicola felt like important television.”
Chris Harvey, The Telegraph

“I Am Nicola, the first in a trio of stand-alone playlets, was improvised by the cast, a technique that just doesn’t work on television. Actors love improv, because it gives them a chance to be creative and make up their own dialogue on the spot. But with their brains fully occupied with what they’re going to say next, they’ve no room left for acting — so the words sound flat and desperate. Vicky McClure played a hairdresser with a weaselly, controlling boyfriend. Quite apart from the unconvincing speeches, I couldn’t believe for a moment that McClure, the nemesis of all corrupt coppers on Line Of Duty, would put up with this creep for a minute.”
Christopher Stevens, Daily Mail

“Is it a bird? Is it a plane? No, it’s a waste of the licence fee. Planespotting Live proved that when an ultra-niche nerd pursuit met the perils of live broadcasting, the result would be, well, a bit of a plane-crash. This was a baffling piece of commissioning. “Planespotting Live with Andi Peters” sounds precisely like the sort of programme idea that Alan Partridge would mumble into his dictaphone. It also turned out to be hosted in hapless Partridge style. When Zoe Laughlin narrated a plane’s take-off, she said: “The nose is tipping up and… Oh no, it’s gone behind a bush.””
Michael Hogan, The Telegraph

“Setting aside the rampant inverse snobbery — Geoff Norcott had “home truths” for the avocado-eating “Olivers and Jemimas” — it went after all the wrong targets. The practice of abusing the system to get your children into the best state schools is repugnant, but Norcott ignored the evidence presented to him by a council officer that it happened “across the class divide”. A dating app exclusively for the privately educated? That’s about as representative of the middle class as fox hunting.”
Chris Bennion, The Times

“Oscar-nominated directors Karim Amer and Jehane Noujaim told the story through two well-chosen protagonists: David Carroll, an American academic who sued Cambridge Analytica to access his harvested personal data and Brittany Kaiser, a disillusioned former Obama campaigner, seduced into working for Cambridge Analytica before turning whistleblower. Amer and Noujaim leaned heavily on work already done by journalists and assorted Parliamentary and Congressional inquiries, gallantly marshalling this mass of material in a cogent, useful first draft of the mess we’re in. This was an issue that transcended left vs right. Instead, The Great Hack worked best as a prologue to a looming crisis that should be of concern to us all.”
Gabriel Tate, The Telegraph