I Am Not Okay With This; A Very British History; Home 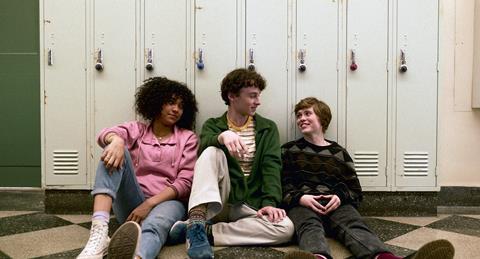 I Am Not Okay With This, Netflix

“On paper, I Am Not Okay With This should be brilliant. So why doesn’t it quite work? Part of the problem is that it does everything you could want, but nothing as well as other shows do. It throws in every American high school cliché that you can think of (football games, pep rallies, homecoming dances, misfits in detention) but just ends up feeling like a mediocre John Hughes tribute act rather than its own thing.”
Amy Jones, The Telegraph

“Why does it feel flat? Precisely because it’s so derivative, a teen comedy series assembled by rote. Sadly, I Am Not Okay With This plays it safe and, in doing so, gives us something we’ve seen far too many times before.”
Sarah Hughes, The i

“The true pleasure of the thing lies in Sophia Lillis’s wonderful performance, which manages to convey the depths and numbness of loss beneath the layers of more ordinary teenage fury and frustration all lying beneath the traditional pose of sardonic disaffection. You want to smack her, champion her, comfort her and be her all at the same time. We have seen the central conceit – superpowers as metaphor for changing bodies, encroaching adulthood and all its confusions and contradictions – but this show has its own charm, confidence and style.”
Lucy Mangan, The Guardian

“It showed in grim imagery the angry National Front marches, the broken windows, the abuse and the man beaten up just for being Bangladeshi. [But] it wasn’t just shouty racists with placards that the 1970s Bangladeshi had to contend with. Equally instructive was that footage in which a prim housing officer in pearls and too much blue eyeshadow looked at a young Bangladeshi worker seeking social housing as if he were something she had trodden in.”
Carol, Midgley, The Times

“One of the strengths of the series is the archive footage, which here documented a fascinating period of social change. The documentary felt especially timely after the Home Secretary, Priti Patel, unveiled plans to limit migration to skilled workers who have a job offer, a good command of English and a salary of more than £25,000 a year. The vast majority of Bangladeshi arrivals would not have passed this test.”
Anita Singh, The Telegraph

“Home is obviously not a documentary, but it can make a profound point about racism and bigotry in one 60-second scene when it might take a factual programme 20 minutes. If you haven’t yet caught up with it, please know that you are denying yourself a quiet classic. Because it walks a seemingly impossible tightrope with dainty toes. It is not perfect, but it is frequently poignant without being sentimental, political without sermonising and satirical without being cruel. And it is consistently funny.”
Carol Midgley, The Times