I Think You Should Leave with Tim Robinson; Forensics: The Real CSI; Agatha Christie’s England

“I Think You Should Leave is among the freshest and funniest TV comedies of recent years.” 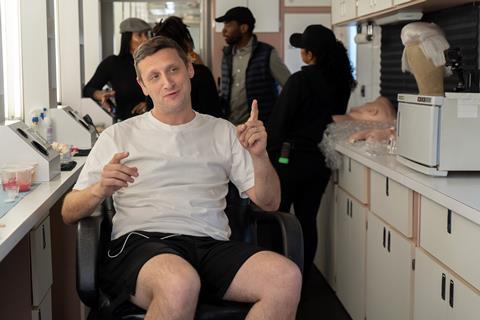 I Think You Should Leave with Tim Robinson, Netflix

“I Think You Should Leave is among the freshest and funniest TV comedies of recent years, but it isn’t that the premises are particularly innovative – pop culture parodies, office etiquette and bad dinner dates are all mainstays of sketch comedy. What is so mindblowingly delightful about I Think You Should Leave is how it takes frequent turns down the lesser-travelled route to hilarity, and unerringly reaches its destination.”
Ellen E Jones, The Guardian

“The second series is here and its cult status will only become even bigger thanks to the manic Robinson, his excellent cast and many amusingly idiotic set-ups. The problem you may find is that Robinson nearly always takes things too far — knowingly so, as if pushing the puerility of the joke so relentlessly becomes its own joke. If Robinson shortened the sketches and dialled down the cruder stuff… but then his show is clearly doing fine without the feedback.”
James Jackson, The Times

“Robinson has an instinctive grasp of the rhythms of sketch humour, which is why he is so good at subverting them. But I Think You Should Leave fails the most basic comedy test: does it make you laugh? It’s grotesque, provocative and postmodern (and ever so pleased with itself). And it pushes the concept of ‘comedy’ to the absolute limit. In the process, Robinson has created a show that is strange and broken – and ultimately quite joyless.”
Ed Power, The i

“It was oddly hypnotic to watch this reassuringly effective police work — or frighteningly effective work if you’re a wrongdoer.”
James Jackson, The Times

“Forensics: The Real CSI set out to show the electronic advances that drive modern policing. The detectives appeared entirely uninterested in the drugs den. There might as well have been a model railway in the attic. To anyone with an ounce of sense, it is plain that while police ignore the open sale and use of cannabis, shootings and stabbings will continue to increase. What’s the point of a police force that doesn’t bother to fight it? As it goggled over the digital technology, this documentary didn’t stop to ask that question.”
Christopher Stevens, Daily Mail

“Hercule Poirot’s powers of observation were on display in Agatha Christie’s England, though this one-off travelogue would not have taxed his little grey cells. The idea was good. We visited Agatha’s favourite places, especially the haunts of her youth, to discover how they influenced her stories. But the conclusions were so shallow, even Scotland Yard’s plodding Inspector Japp might have done better.”
Christopher Stevens, Daily Mail