Ian Wright: Home Truths; Saved By A Stranger; The Abduction of Milly Dowler

“This was a powerful and profoundly moving hour of television” 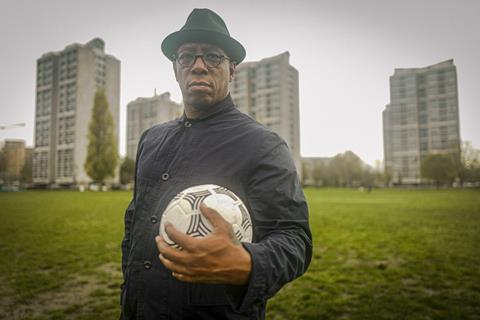 “Wright is on a journey of understanding, and it was impressive to see this serious, sombre side of him, given that we’re more used to seeing him with Gary Lineker, discussing the merits of the FA’s new rules on handball or the travails of Wright’s old team Arsenal. Home Truths looks back through the years with sensitively done reconstructions, and it was especially upsetting to hear how the jolly Match of the Day theme once held such dread for Wright, when he was a child.”
Sean O’Grady, The Independent

“Despite the weight of upsetting testimony, this was not a depressing film. Wright is happily married and has two young daughters with his second wife, Nancy. He has created the home environment that he ‘would have loved to have had’ when he was younger. His recovery is continuing, assisted by making this important film, which it is hoped will encourage others to seek help.”
Joe Clay, The Times

“This was a powerful and profoundly moving hour of television. It takes a brave soul to lay all this bare on television.”
Anita Singh, The Telegraph

“For all the therapists, sociologists, teachers, survivors and perpetrators of abuse Wright talks to, this otherwise beautiful and important documentary doesn’t account for why Wright is no longer anger’s plaything. On Match of the Day now, he cuts a mellow figure. How come he, rather than perpetuating the cycle of abuse, broke it?”
Stuart Jeffries, The Guardian

“Wright is an articulate presenter, and his subject was a crucial one. So it was frustrating that the programme’s structure disintegrated as soon as Wright stopped talking about himself. Exploring his own feelings with his young daughters or his brother, he was engagingly vulnerable. But finding out how the same issues affected other people, he looked lost, distracted and occasionally even bored.”
Christopher Stevens, Daily Mail

Saved By A Stranger, BBC2

“Less melodramatic but more heartfelt were the reunions engineered by Anita Rani in Saved By A Stranger. Their past traumas were deftly drawn without digressions — and the show was better for it.”
Christopher Stevens, Daily Mail

The Abduction of Milly Dowler, Channel 5

“Documentaries like this one serve various purposes. They are an act of remembrance for a life lost and a lament. But there is the danger of packaging crimes as entertainment, and this one strayed into tackiness. The decision to project some quotes about the News of the World onto the screen as tabloid headlines was misjudged.”
Anita Singh, The Telegraph