In Jane Austen’s Footsteps; Pls Like; Fake Famous; This Is My House; Our Farm in the Dales; Worn Stories

“Austen would surely have been cheered by the boundless enthusiasm Brandreth brought to this big-hearted tribute.” 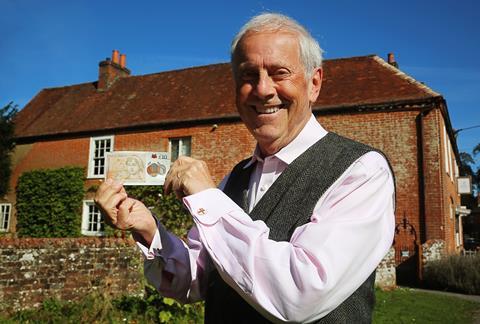 “There was endless frivolity. But moments of true educational interest crept in, too. It was a charming little tour, the first in a series that will also take Gyles in search of Charles Dickens and Thomas Hardy.”
Christopher Stevens, Daily Mail

“It was wonderfully jolly. Austen would surely have been cheered by the boundless enthusiasm Brandreth brought to this big-hearted tribute.”
Ed Power, The i

“You’d think it would be impossible to spoof an area of life so inanely shallow, but Pls Like manages to with a gag in every other sentence.”
Carol Midgley, The Times

“Fake Famous was a fizzy, frothy exposé of how fizzy, frothy influencers, aka ‘shameless freeloaders’, fake their lifestyles for freebies. Occasionally the film, with its buzzy vibe, felt as superficial as the industry it was sending up. However, it was entertaining.”
Carol Midgley, The Times

This Is My House, BBC1

Matt Baker: Our Farm in the Dales, More 4

“This was ambling television. Not a lot happened. As stress-busting viewing, it went down a treat.”
Ed Power, The i

“It’s a simple, charming idea simply and charmingly executed. In a series of half-hour episodes – a length that allows the conceit, like each of the stories comprising the instalments, never to outstay its welcome – we hear what different pieces of clothing mean to different people. At their best, the stories illuminate forgotten or unknown corners of the world and make it that much more known to us.”
Lucy Mangan, The Guardian