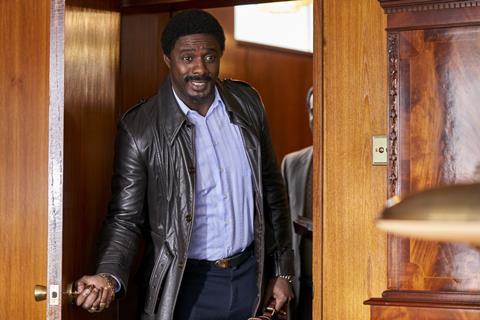 “Is it possible for a comedy to be dated and fresh simultaneously? I ask that rhetorically because In the Long Run proves that it is. Idris Elba’s warm, witty, semi-autobiographical comedy, back for a second series, feels nostalgic and modern, old and new. This wasn’t the best episode I’ve seen, but Neil Fitzmaurice was a welcome injection of energy as a two-faced management snake.”
Carol Midgely, The Times

“The humour is up a notch, though in the great tradition of British sitcoms, the best jokes come from the side characters, rather than heavyweights Elba and Bill Bailey. In the Long Run doesn’t reach great comedic or dramatic heights, but it has a good heart. As the plot thickens, this season might offer a bit more heft, too.”
Barbara Speed, The i

“With its rose-tinted community feel and evocative production design, this good-natured romp begged to be liked yet made that tricky. The script was clumsy, accents were hammy and characterisation lapsed into lazy cliché. The writers needed to realise that referencing retro foodstuffs – Crispy Pancakes, tinned pineapple, Walnut Whips, Skips – was no substitute for proper jokes.”
Michael Hogan, The Telegraph

Catching Britain’s Killers: The Crimes that Changed Us, BBC2

“Ten-a-penny true-crime documentaries are worthwhile when they use murder not as a source of ghoulish titillation but as a lifting-off point to explore society and humanity. Catching Britain’s Killers: The Crimes That Changed Us did just that. What began as a film about a 1989 murder finished as a thoughtful exploration of our justice system and a testament to the power of a mother’s love.”
Michael Hogan The Telegraph

“There is nothing I enjoy more than a high-concept, low-effort watch. Limetown is tosh of the highest quality. It has touches of Wayward Pines, second-tier X-Files episodes and that thing I can’t remember the name of but they all woke up in a hotel with no idea how they got there and unable to leave. I am in for the duration.”
Lucy Mangan, The Guardian