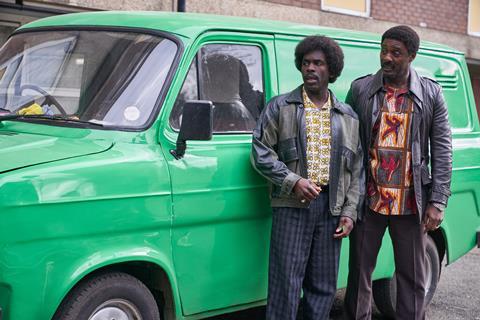 “A comedy which seems to be growing into its title. Idris Elba’s tales of life on a high-rise council estate in 1980s London is upbeat, nostalgia-comforting and life-affirming — exactly what television needs — and I wouldn’t be surprised if it turns out to be a long-runner. Nothing much happens, but this is about character not plot and these characters are lovely to watch.”
Carol Midgley, The Times

“It’s been a good week for Idris Elba. First news broke that he’d been offered a £5m deal by streaming service Apple TV+. A mere 24 hours later, it was announced that at next Friday’s socially distanced ceremony, he’ll receive Bafta Special Award for his contribution to television. All very lovely and well-deserved but I do wish he’d concentrate on the day job and get back to making good films and TV programmes. By my reckoning, Elba hasn’t been in anything decent for at least four years.”
Michael Hogan, Telegraph

Imagine: Lemn Sissay: The Memory of Me, BBC1

“The way this hugely talented man channelled his energy into poetry after being abandoned for little more than eating biscuits and sent to various children’s homes, at one of which he was beaten, yet did not fall prey to other lures, is miraculous.”
Carol Midgley, The Times

“One of Lemn Sissay’s early school reports described him as a ray of sunshine, and you can still see that quality in him now - his smile is full of warmth. How remarkable that he is still this way after all that he went through.”
Anita Singh, Telegraph

“During the pandemic we have seen a tidal wave of affection and gratitude for NHS staff, who have put their lives on the line to protect the country from coronavirus. The public has woken up to how much the health service matters. But it’s a sign of how complacent and entitled our society has become, that we forgot in the first place. When doctors commanded automatic respect, they didn’t need anyone to stand on a doorstep applauding and banging a saucepan. Dear NHS Superstars (BBC1) saw a parade of celebs telling personal stories that revealed the vital role surgeons, nurses and carers have played in their lives. There’s no doubting their sincerity. It’s just a little odd that everyone wants to treat their consultant as their best mate.”
Christopher Stevens, Daily Mail