“The show is intense, and the endless conversation – without action – demands great attention.” 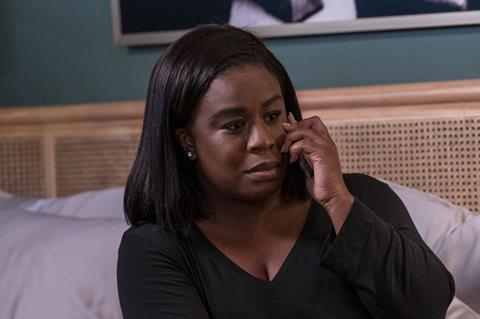 “Overall, the new series is a blunter tool than the previous three – especially those based on the two original Israeli series created by Hagai Levi, BeTipul. And it carries some of the same weakness, such as occasionally overwritten dialogue. Laila, for example, delivers a monologue about the destruction the doctor’s generation has wreaked on the world that begins with “You didn’t do shit about global warming, racism or anything” and ends with “I only have this body left to enjoy.” If teenagers really are talking like that these days – well, a fiery death for us all suddenly doesn’t seem so bad.”
Lucy Mangan, The Guardian

“All the talking can be a little tiresome for the viewer, too: the show is intense, and the endless conversation – without action – demands great attention. With weaker actors leading the tête-à-tête, I fear listening to these strangers’ problems might grow rather dull. Given the subject, In Treatment felt a little on the nose.”
Emily Baker, The i

“It was interesting to see how this work was carried out, but its painstaking nature was reflected in a documentary that is taking three episodes to cover one case.Things moved slowly, and the British police work was interspersed with testimony from Brazilian sex workers both here and in São Paulo. The truth was that, however unpleasant, being put to work in a Cheltenham brothel may still represent an improvement on the life they left behind, a fact ruthlessly exploited by these British traffickers.”
Anita Singh, The Telegraph

“Unsurprisingly, the investigation made for extremely grim, but compelling, viewing.”
Emily Baker, The i

“So it was all Farage, all the way. And he was visibly in his element, speaking in a booming voice and enjoying every moment. Perhaps that is what will set him apart from other GB News presenters. Most of them come across as embarrassed by the spectacularly flaky production values. Farage, by contrast, relishes the role of showman and isn’t bothered by the fact that GB News’s infrastructure looks like something from a struggling YouTube channel.”
Ed Power, The Telegraph