“This isn’t a hugely original drama, but it is intriguing and the cast is good enough to save it from being ‘so what?’” 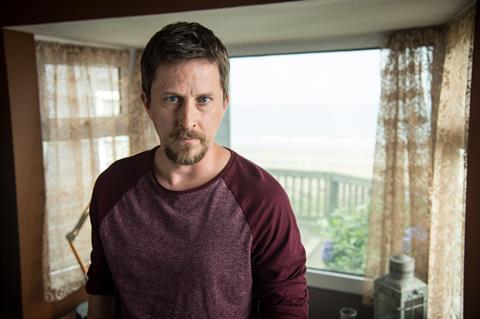 “This isn’t a hugely original drama, but it is intriguing and the cast is good enough to save it from being ‘so what?’. I have no idea how it will pan out and whether David was fitted up by the police, but I definitely want to find out, so I will keep watching every day this week.”
Carol Midgley, The Times

“It has been billed as a thrilling Broadchurch-style crime drama and Innocent was worth a watch. But with a raft of reveals in the first episode, it might have to slow down a little to live up to the promise.”
Michael Day, The i

“There were so many obviously placed, flashing ‘telltale signs’, it soon began to feel more like an exercise in second-guessing the writers, rather than anything like a serious drama. This was a shame because there was much else to admire.”
Rupert Hawksley, The Telegraph

“The tension is certainly tuned high enough to keep you coming back, but there’s always a risk that an audience feels toyed with after investing in a character who could be either wronged man or an evil bastard. There’s a comfort, not to mention a thrill, in knowing that whatever happens, it will all be over by Thursday.”
Tim Dowling, The Guardian

“Windswept and watchable, however it blows.”
Matt Baylis, Daily Express

“It seemed so clear-cut for the first half an hour. But a well constructed narrative by Unforgotten’s Chris Lang started to introduce doubts. Whodunnit? I’m guessing David’s brother on the basis his name is Phil Collins. We already know he’s responsible for Easy Lover — what other atrocities might he have committed?”
Christopher Stevens, Daily Mail

“The story of angel-faced nine-year-old Max’s heart transplant was truly magnificent. The documentary was clearly a rallying cry for more donors and it couldn’t have asked for a more charismatic poster boy, who expressed his gratitude to his donor with a maturity beyond his years.”
Carol Midgley, The Times

“The operations were unflinchingly graphic, and Max’s in particular was traumatic, from the moment he slipped under the anaesthetic sobbing with fear. When the scalpel nicked an artery in his open chest, it was all but unwatchable.”
Christopher Stevens, Daily Mail

“Heart Transplant: A Chance to Live was one of the best pieces of television I have seen in years. To see nine-year-old Max careering round in the rain weeks after a successful heart transplant served as a call to arms for more of us to opt in for donation.”
Rupert Hawksley, The Telegraph