Insha’Allah Democracy; Who Do You Think You Are?; Inside the American Embassy; Sharp Objects; How to Get Rich Quick

“It is a fascinating mess – and maybe that is the perfect approach, given the subject matter” 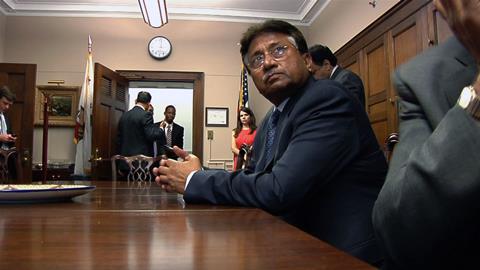 ”Now, I’m no expert (you guessed?), but I shouldn’t need to be. I’m very interested – I want to understand more, I did learn more, but sometimes I – and the film – got a little bit lost. It is a fascinating mess – and maybe that is the perfect approach, given the subject matter. In any case, I would much rather watch this than [Piers] Morgan’s Adventures in Air Force One.”
Sam Wollaston, The Guardian

”Broadcast as Pakistan prepares to go to the polls later in the week, Mo Naqvi’s documentary – the title translates loosely as “if God wills, democracy”– didn’t quite deliver on its promise of showing us the good, the bad and the bungling of the country’s cratered political landscape.”
Ed Power, The Telegraph

”The biggest revelation, though, was to hear George singing Irish folk songs in a traditional pub. His light baritone was just like Val Doonican’s. Perhaps he should swap the silly hat for a nice pullover and a rocking-chair.”
Christopher Stevens, Daily Mail

”This was a shorter episode than usual, presumably because it was pulled together quickly. There was much we’d seen before, such as the press conference and the blimp balloon, but it is never not fascinating to see these things through the staff’s eyes.”
Carol Midgley, The Times

”Until now I’d have said that [Amy] Adams is the only reason to watch (the male characters seem to be insipid and forgettable), but Patricia Clarkson is coming into her own as the Southern belle horror-mother, a mixture of self-pity and cruelty.”
Carol Midgley, The Times

How to Get Rich Quick, Channel 4

”While the name conjured seductive visions of spendthrifts and pyramid schemes, the reality was, sadly, less titillating.”
Tom Ough, The Telegraph